Cameron the Bateleur Eagle was born November 29, 1988 at the St. Louis Zoo. She moved to the Sacramento Zoo shortly after and has lived here ever since. Due to her amiable personality she moved into the Interpretive Center to become an Animal ambassador recently.

In the time that the Interpretive Center’s zookeepers have been working with her, Cameron has made a lot of progress. The eventual goal is for her to participate in the Wildlife Stage Shows in the amphitheater. While many of the animals at the Zoo are trained using food treats as a positive reinforcement reward, Cameron prefers good chin or head scratch.

She is a bird that is full of personality. When she sees a keeper that she recognizes she call out to them, and she does not like when a zookeeper who is visiting her, leaves. Her favorite toys to play with are piñatas designed for parrots, a treat given out sparingly as she destroys them with great ease. 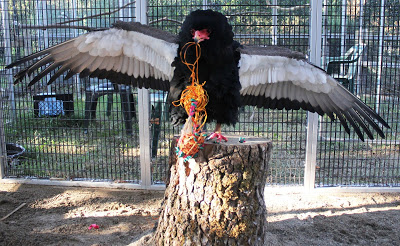 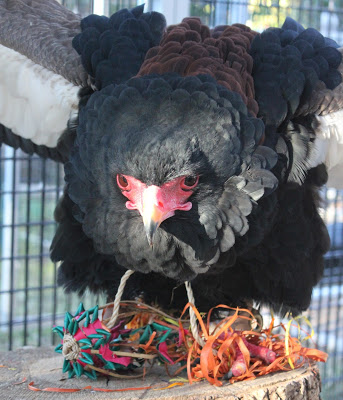 Run like a zebra and enjoy a 5K run/walk, a 10K run/walk or a Kids’ Fun Run through beautiful William Land Park. ZooZoom registration includes admission to the zoo after the race!
Learn More