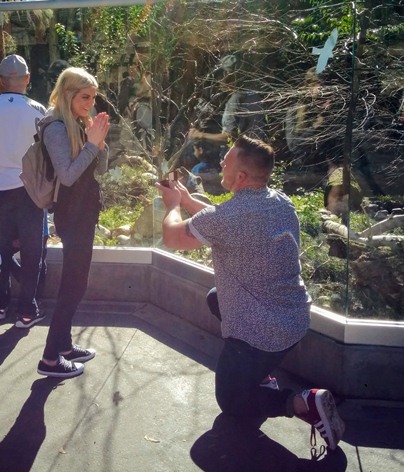 Spring is a season of love, and two residents of the Sacramento Zoo helped spread some of the love as they assisted with three very special proposals! First up was Kai the North American River Otter who helped Garrett propose to his now fiancé Kellie. With assistance from zookeepers and events staff, a very special enrichment “cake” was designed to include fish pops for Kai and a four-word question for Kellie. It was placed in the exhibit at the perfect moment for Kellie to see Garrett’s message. Kellie had no idea what Garrett, Kai and Zoo staff had been planning. Of course she said yes!

Then on Valentine’s Day, Bubba the Spur-thighed 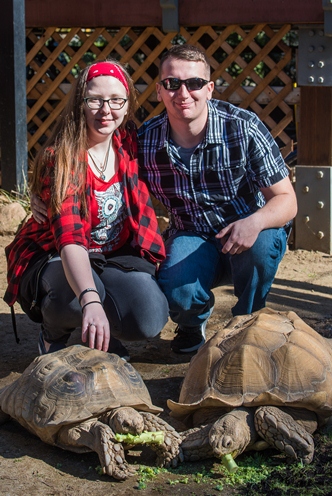 Tortoise had the privilege of bringing out an engagement ring for Damien to propose to his girlfriend Ellie. She thought they were at the Zoo for a tortoise encounter and was thrilled to say yes to both Bubba and Damian! While Ellie may have been the most excited, Bubba was also pretty jazzed to get an enrichment of his favorite food, broccoli. 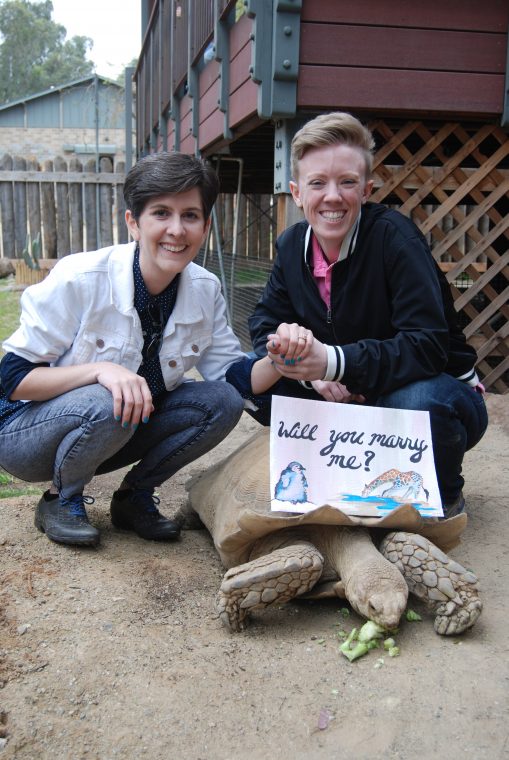 Most recently Ciara got down on one knee and asked Alicia to marry her with the help of Bubba and a hand-painted sign. Their proposal went so well that they plan to say I do at the Zoo.

The Sacramento Zoo loved being a part of these couples’ special stories as well as many others who choose to propose or even tie the knot at the Zoo. Learn how to host a wedding at the Zoo or to arrange your own special proposal.