During National Wildlife Week we celebrate humans working together for the benefit of wildlife. This is a great time to get outside and appreciate the native species here in Sacramento and how small actions we take can make a big difference.

Visit the Sacramento Zoo this week to see some of Sacramento’s native wildlife up-close and personal. In the meantime, here is a sneak peek at some of the Zoo residents you might meet: 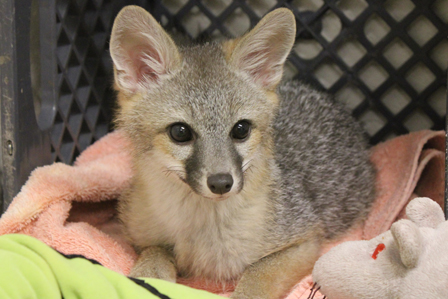 Lando the Grey Fox found his way to the Sacramento Zoo after he was turned over to a rescue facility by a family who had found him in the wild with no mother nearby. Due to the attachment Lando had gained to humans he was not able to be released back into the wild. Lando is full of energy and loves to play with toys. Lando’s favorite treats are honey, mealworms, and meat.

Grey Foxes are solitary animals native to southern North American (including California’s Central Valley) and northern South America. They can be very vocal emitting a variety of barks, whines, and growls. Add to that a repertoire of body posturing (hair standing erect and tail positioning high or low) allows these animals to show and warn others of their presence. Grey Foxes are resourceful animals that can find shelter in almost any habitat. 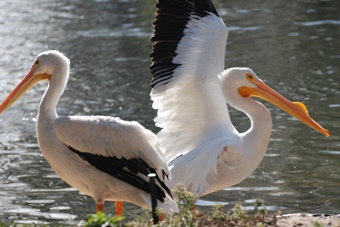 Zamboni and Montana, the Zoo’s two American White Pelicans, were discovered at separate locations in the wild, unable to care for themselves. They were placed in a Montana rescue facility by Montana Fish and Wildlife and then made their way to their permanent home at the Sacramento Zoo. Zamboni has the most noticeable injury – a missing wing caused by abandoned monofilament fishing line becoming wrapped tightly around it.

American White Pelicans are highly gregarious birds that can often be found in large groups and are native to North and Central America. These birds are highly migratory, flying in large flocks north and south, for summer and winter respectively, in search of food. These “inland” pelicans (compared to brown pelican species on the coast) can often be seen flying around the Yolo Bypass Wildlife Area. A pelican eats about four pounds a day and can hold up to three gallons of water in its beak pouch! 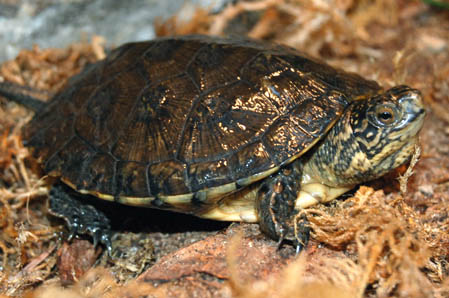 Western Pond Turtles are found in the most western of the United States. In Washington and Oregon, the species is designated as Endangered. In California, it is a Species of Special Concern and listed as Threatened. The Sacramento Zoo is home to one of the largest populations of Western Pond Turtles in a zoo setting.

Western Pond Turtles range from British Columbia, Canada, down through Washington, Oregon, and into Baja California. It may seem as though their large distribution down the western coast of the US would ensure a large, healthy population. Unfortunately, the wild populations are hit hard by human development as well as being out-competed by injurious and invasive species such as Red-reared Sliders that humans have dumped into wet habitats.

A Grey Fox, American White Pelicans, and Western Pond Turtles are only three of many native species that can be found at the Sacramento Zoo. Others include a North American River Otter, Burrowing Owls, a Giant Garter Snake, Yellow-billed Magpies, and more. At the Zoo you can meet these amazing animal ambassadors and talk to zookeepers about what YOU can do to help the animals in your backyard.