We are proud to introduce the newest member of the eastern bongo herd born just before midnight on September 4. The calf was born to parents Sukari (born at the Cincinnati Zoo in 2014) and Penny (born at the San Francisco Zoo in 2014). Mother and calf are both doing well and can be seen on exhibit daily before 3 p.m.* Eastern bongos are Critically Endangered; it is estimated there are fewer than 200 individuals left in the wild. 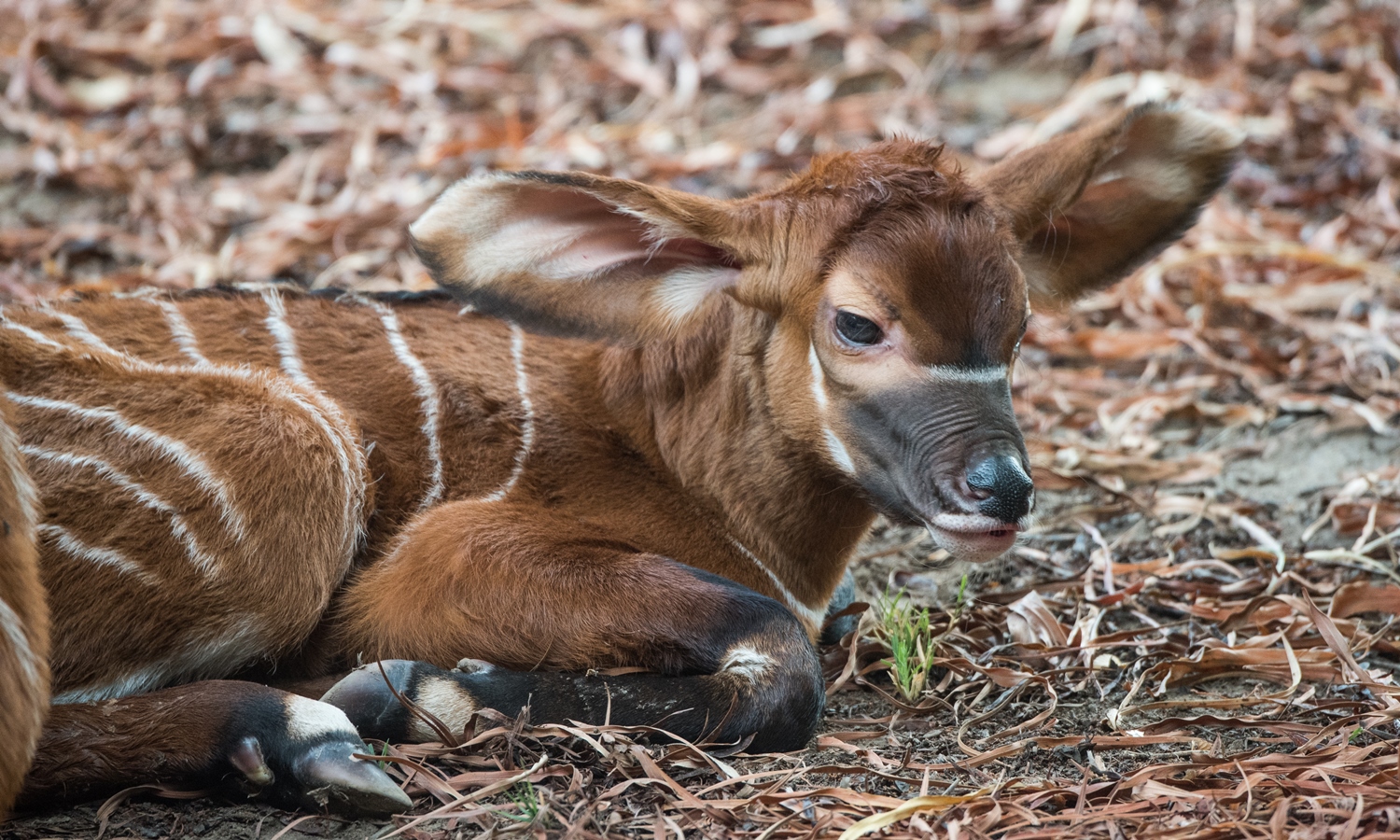 Keepers had suspected the female was pregnant after a gradual increase in body weight and subtle body changes noted over the past four months. Gestation is between nine and 9 1/2 months. The gender of the calf is not known yet. The first-time mother and calf are bonding and doing well. Mother will often ‘stash’ her calf behind bushes and rocks while she goes to forage and then returns to nurse the calf. The father can be seen on exhibit after 3 p.m.

The eastern bongo is a large, African forest antelope with a chestnut colored body with white vertical body stripes, patches of black and white on the legs, white chevrons on the chest, large ears and spiral horns. Mature males are larger and darker than adult females. They live in isolated populations in the high elevation montane forests of Kenya. The forests that eastern bongo live in are disappearing because of illegal logging activity, and they are facing increasing hunting pressure as the human population in the area grows.

The Sacramento Zoo works to increase awareness of conservation issues that affect eastern bongos and other large animals in African habitats. For more than 20 years the Sacramento Zoo has actively participated in Association of Zoos and Aquariums’ Eastern Bongo Species Survival Plan® to cooperatively manage this Critically Endangered species.

*Time on exhibit is subject to change. The zoo will take its cues from the first-time mother. There may be days when she decides to stay behind-the-scenes with her new calf.

In the video below, you can see the one-day-old calf walking around on wobbly legs and settling down with mom.