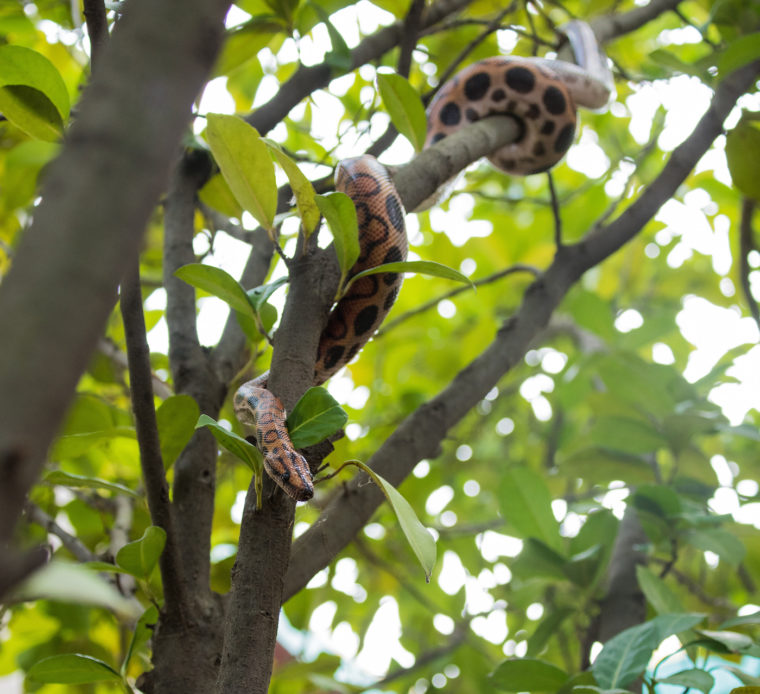 Named after the largest wetland in the world, Pantanal is a very special Brazilian rainbow boa. She was born through a special process called parthenogenesis. Pantanal’s mother, who lives in the Reptile House, gave birth to Pantanal and two other siblings through asexual reproduction with no male present. Pantanal’s mother has been at the Sacramento Zoo since October 1987 and has had only the one litter during those years. She is the first documented case of a rainbow boa giving birth via parthenogenesis.

Pantanal is one of three siblings, and stayed at the Sacramento Zoo to become an animal ambassador. Pantanal and her mother have something unique in common, they both shed once a month and sometimes more, which is more often than other boas tend to shed.

Pantanal is a terrific ambassador and loves to wrap around her keepers’ arms like a tree branch. Since she does so well with people, Pantanal can be found participating in all the education programs that the Sacramento Zoo offers.