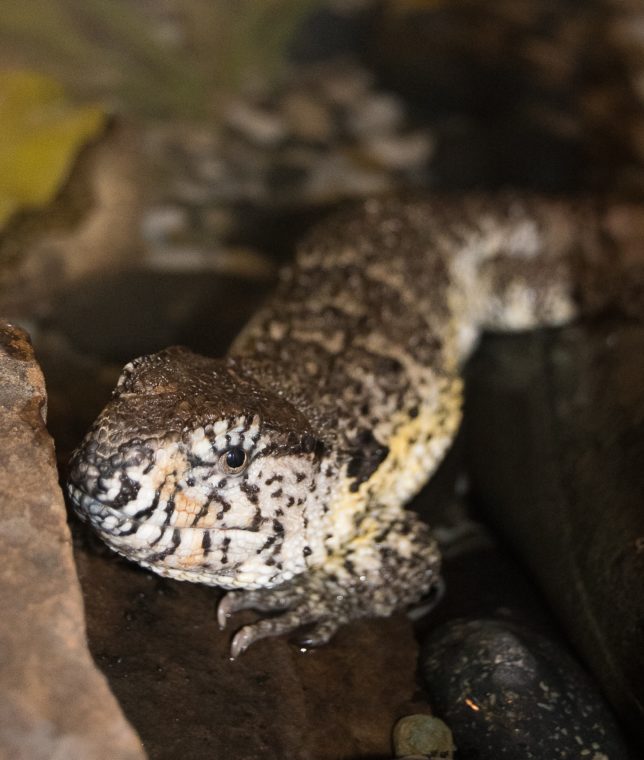 The day started just like any other in the Murray E. Fowler Veterinary Hospital at the Sacramento Zoo. The team arrived promptly at 7:30 a.m. and attended the regular morning meeting with the zookeepers to connect about plans for the day. After that, it was rounds to check on some of the zoo’s resident animals, followed by the day’s preventive health exams. One of those exams included the Chinese crocodile lizard that lives at the Reptile House.

Caretakers had not noticed anything unusual or any changes in his behavior. The elderly 14-year-old male’s exam was moving along smoothly until the veterinarian felt a round mass about the size of a grape within his belly. In order to evaluate the mass, they performed an ultrasound and radiographs, where they spotted the structure and saw that it had an abnormal appearance. In order to get more information about the mass, the team performed a procedure under anesthesia to obtain samples. Once collected, the samples suggested that the mass was causing inflammation. After discussing this information with the animal care team, a surgery was scheduled to remove the mass.

The surgery was a success. Performed at the veterinary hospital in the sterile surgery room, the gowned and gloved veterinary team was able to successfully remove the large tumor and sent it off for testing to determine the origin. The crocodile lizard spent several days at the hospital receiving specialized nursing care and then moved back to his home in the Reptile House. When the test results came back they identified the mass as seminoma tumor (reproductive cancer). This type of cancer is typically benign, and removing the mass should cure him. 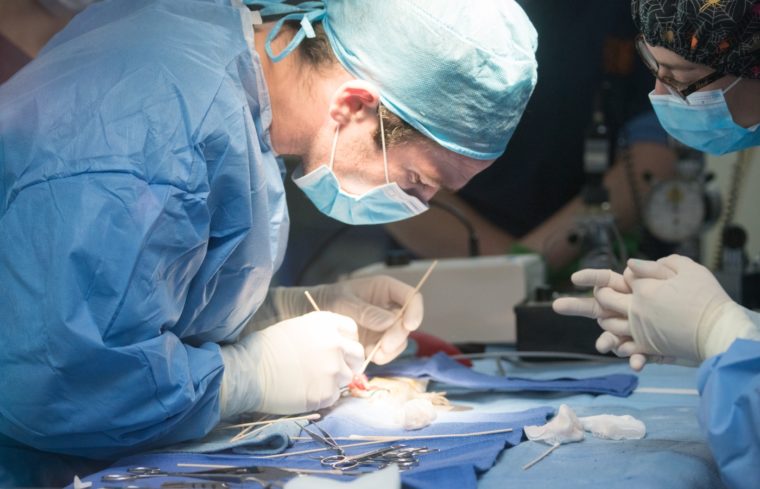 To survive in the wild, animals often hide illnesses until it is too late. Thanks to the proactive veterinary care and expertise at the Sacramento Zoo, the male Chinese crocodile lizard is now healthy and back home at the Reptile House.

The vulnerable Chinese crocodile lizard is found in Southern China and in 2002 previously unknown populations were discovered in Northern Vietnam. This species lives in creeks surrounded by broadleaf trees and conifers. It gets its name from the appearance of its tail, which has an enlarged pair of scales running most of its length, similar to the tail of a crocodile. Semiaquatic, the Chinese crocodile lizard can submerse and remain motionless or move around underwater up to half an hour before returning to the surface to breathe. This shut-down mechanism could aid in calorie conservation, an adaptation to the temperature drastically cooling in the region. Collection for the pet trade and for food and habitat destruction both threaten this species in the wild.

The next time you visit the zoo, look for the Chinese crocodile lizard in the Reptile House!

Please review the zoo’s guidelines and information about procedures for purchasing tickets and visiting.
Read more