The majority of the animals at the zoo were all either born at the Sacramento Zoo, or at another AZA-accredited zoo and moved to Sacramento based on a breeding recommendation by the coordinator for that species. However, the zoo’s resident pelicans, Zamboni and Montana, have a unique story of how they ended up in Sacramento. About six years ago, both birds were brought to the Sacramento Zoo from a Montana rehabilitation facility as a result of injuries they both independently sustained in the wild. Zamboni has the most noticeable injury – a missing wing caused by abandoned monofilament fishing line becoming wrapped tightly around it. While it is not a regular occurrence, the zoo is happy to provide a safe home for these two birds who were deemed to not be releasable back into the wild by U.S. Fish and Wildlife.

To closely monitor how much they are eating, zookeepers have trained the pelicans to voluntarily stand on round wooden stations and wait for their fish to be tossed to them. You wouldn’t think that large birds who swallow their meals whole would be picky, but these two sure are! Montana, the female pelican, enjoys capelin while Zamboni, the male, does not.

Both birds were originally placed on the lake shared with the flamingos. However, last year they moved to new accommodations: the lake exhibit across from the thick-billed parrots. You can now see them up-close on the path that separates the two lakes. 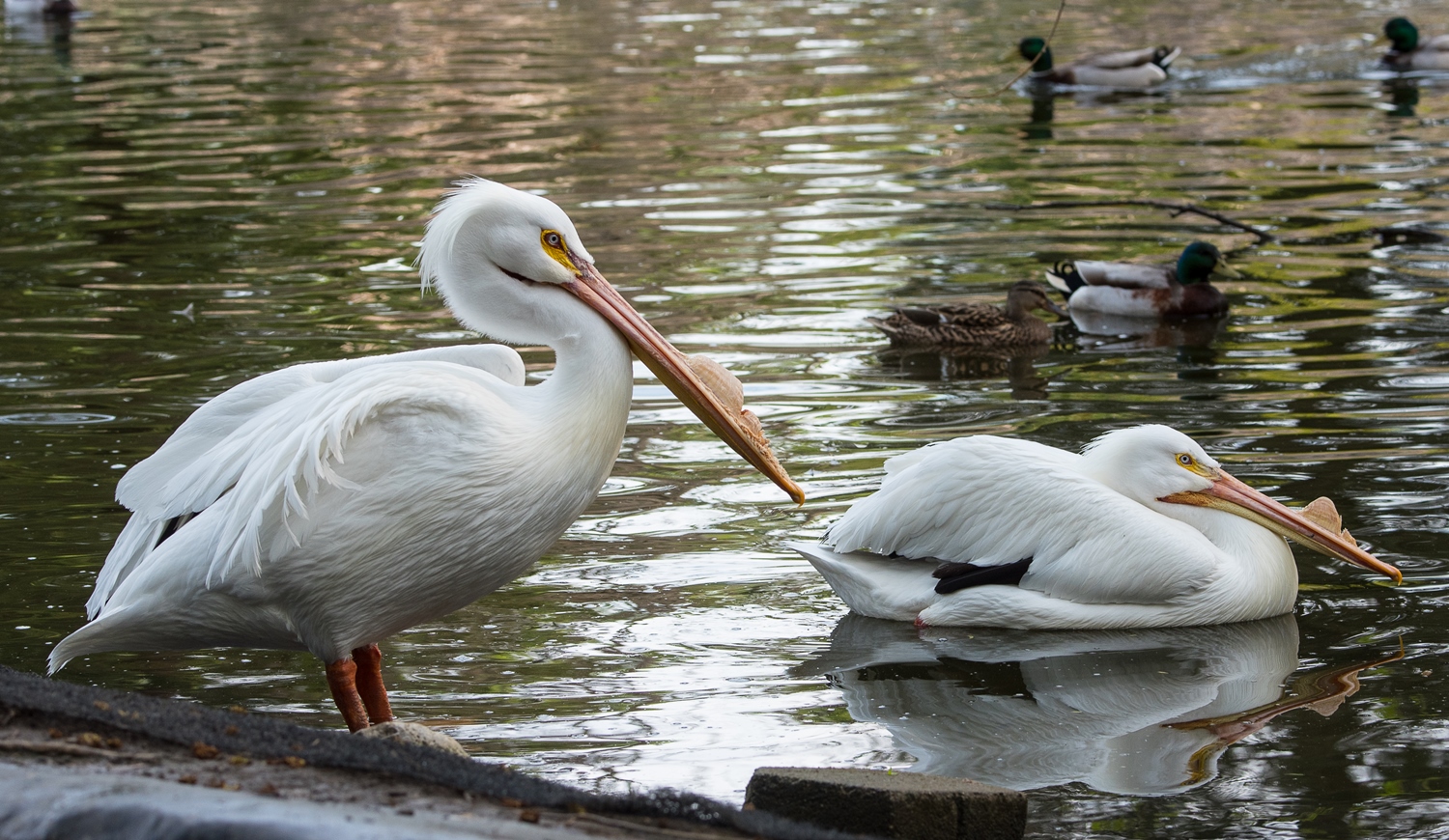 DUE TO COVID-19 PRECAUTIONS

We will continue to update our website and social media platforms regularly as this situation evolves. Thank you, our community, for your support.
Read more