In a rare occurrence, China invited U.S. primate experts, including a representative from the Sacramento Zoo, for the China National Orang-utan Workshop on great ape husbandry and welfare.

From October 25 to October 30 experts from Sacramento Zoo, Cameron Park Zoo, Los Angeles Zoo and Botanical Gardens, Fort Wayne Children’s Zoo and Jungle Island traveled to China for the first China National Orang-utan Workshop. The nine-day workshop held at Nanjing Hongshan Forest Zoo in the city of Nanjing in Jiangsu province was truly an international collaboration. The workshop opened the doors between Chinese and U.S. zoo professionals to improve care for orangutans around the world, and to enhance the ever-growing body of knowledge used to aid in the conservation of these critically endangered species.

The China National Orang-utan Workshop is the culmination of six years of planning and preparation by the management of Nanjing Hongshan Forest Zoo, the Chinese Association of Zoological Gardens, and Dr. Graham L. Banes, an Assistant Professor at the University of Wisconsin-Madison. It was the first major national workshop for any non-endemic species in China. The national workshop presents a major milestone in facilitating best practices for orangutan care and husbandry in zoos across the country. 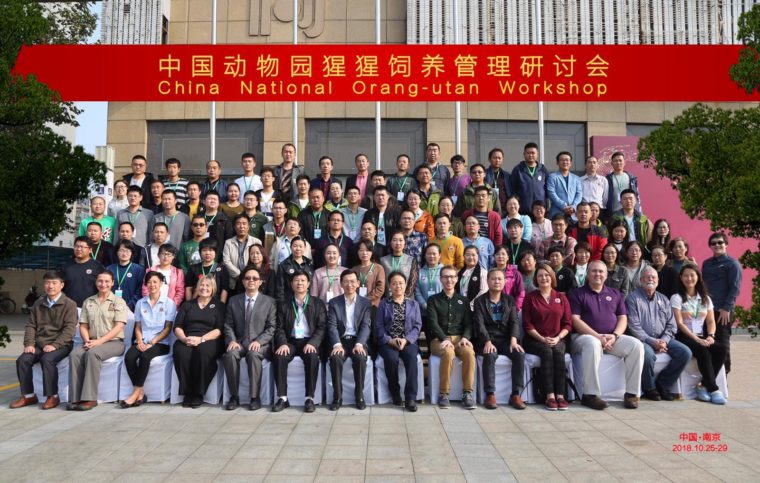 In addition to U.S. experts, almost every orangutan keeper in China was in attendance. All foreign experts were carefully selected by China based on their international reputations as leading orangutan experts.

The Sacramento Zoo’s expert representative, Janine Steele, along with Linda Jacobs (Jungle Island) and Megan Fox (Los Angeles Zoo and Botanical Gardens) participated in a pilot workshop at Nanjing Hongshan Forest Zoo in January 2017. Based on the success of the pilot workshop, the China National Orang-utan Workshop was made possible.

During the workshop, the Chinese-language Orang-utan Husbandry Manual was released. This is the first ever Chinese-language husbandry manual for any non-endemic species and was published by the Chinese Association of Zoological Gardens. All U.S. experts in attendance either contributed chapters or peer-reviewed chapters for the manual, making this a truly international collaboration. 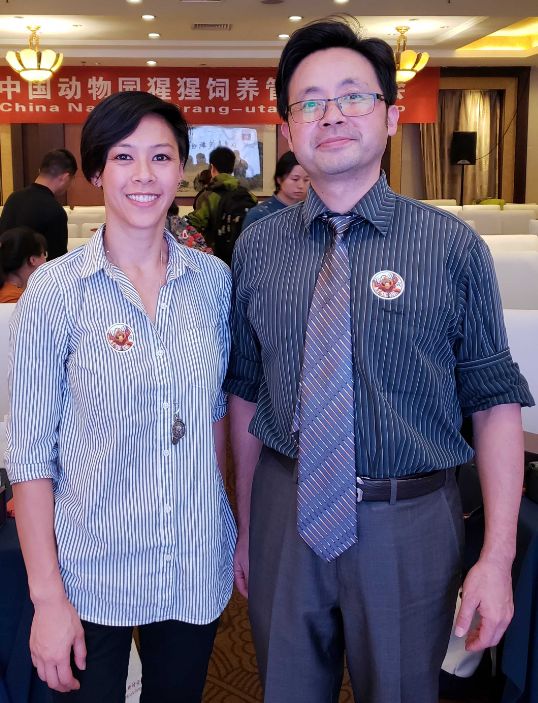 The Sacramento Zoo is proud to participate and pioneer orangutan welfare and husbandry through international collaboration. We are home to three Sumatran orangutans whose species is listed as Critically Endangered by the International Union for Conservation of Nature (IUCN). Sumatran orangutans are native to the island of Sumatra in Indonesia. These arboreal apes require tall and mature forests and therefore are especially vulnerable to loss of habitat from ever-expanding oil-palm plantations and deforestation. In addition, poaching for the illegal bush meat trade and trafficking for the illegal pet trade make their existence even more difficult.

Current estimates indicate that there are only around 14,000 Sumatran orangutans left in the wild. In addition to the wild populations, two entirely new Sumatran orangutan populations are gradually being established via the reintroduction of confiscated illegal pets; one in and around the Bukit Tigapuluh National Park (Jambi and Riau provinces) and one in and around the Jantho Pine Forest Nature Reserve, in the far north of Aceh. To date, more than 260 individuals have been reintroduced. The goal of these efforts is to eventually establish new, genetically viable, fully-reproducing and self-sustaining wild populations as a safety net against catastrophe elsewhere in the species’ range.

The Sacramento Zoo participates in the Association of Zoos and Aquariums’ Orangutan Species Survival Plan® (SSP). An SSP is responsible for the planned management of a specific species in human care. SSPs cooperatively manage specific populations across multiple zoos and aquariums with the goal of sustaining a healthy, genetically diverse, and demographically varied species well into the future. 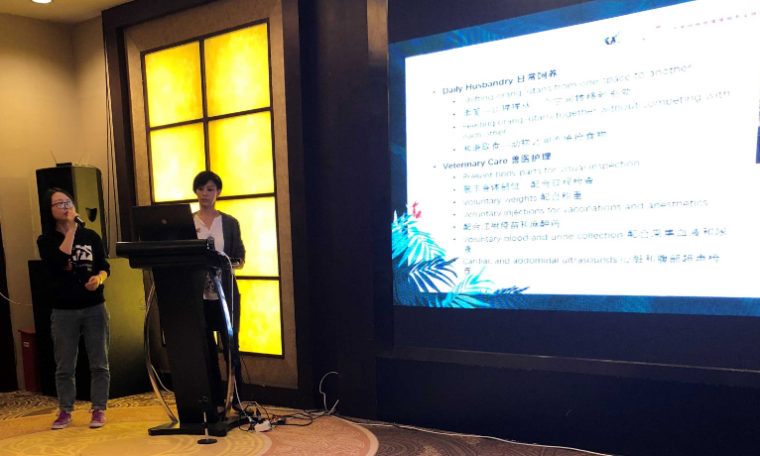