Big Conservation for a Little Shrew 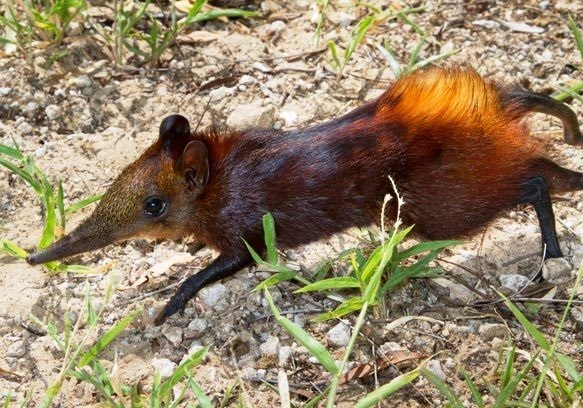 When it comes to conservation, even the smallest species can use a helping hand! In 2018, the Sacramento Zoo awarded funds to a project seeking to help in the conservation of the Endangered golden-rumped elephant shrews in Kenya.

Golden-rumped elephant shrews are small rodents with long, flexible snouts. They are the largest elephant shrew species and they root through leaf litter to find invertebrate prey like millipedes, worms and insects. Their golden hindquarters are thought to attract a predator’s attention away from the head to the rump where the skin is roughly three times thicker. 90 percent of the species population resides in the Arabuko-Sokoke forest in Kenya, where this project was implemented. 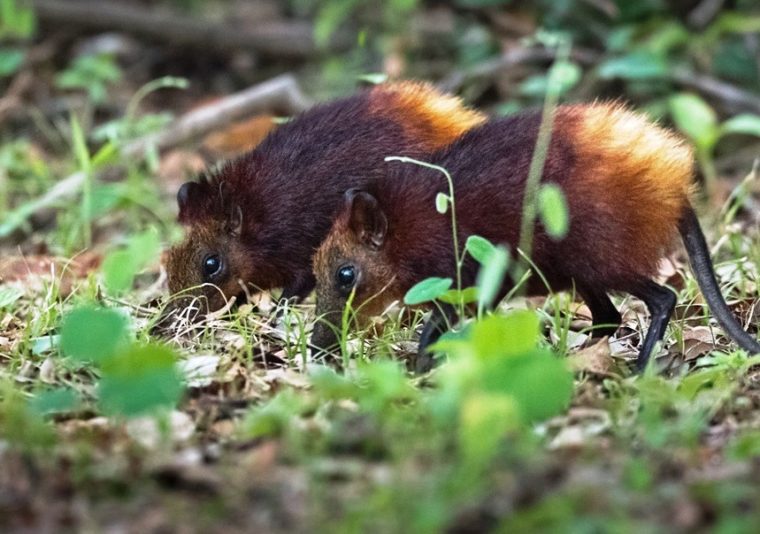 Golden-rumped elephant shrews are classified as Endangered by the IUCN due to human activities, habitat loss and fragmentation. Because population estimates had not been made since 2009, the first part of the project for project leader Esther Ayoti, was to collect baseline information on the species to determine its current status in the forest. This information would help create conservation guidelines for the rest of the project and beyond. Through surveys of the area twice a day over a four-month period, researchers counted elephant shrews and collected data on each individual. From these observations, the current population dynamics were found.

A very important part of conservation projects like this is engaging with members of the local community who coexist with the species. The second half of this project was to increase the local community’s awareness of the shrews and their importance to the ecosystem while respecting local culture and tradition. The team worked to motivate and initiate alternative methods of living that would be beneficial to the communities as well as the species in the area. They encouraged locals to use more sustainable methods of livelihood activities that reduce logging in the area and are more ecologically sustainable – like cooking on energy-saving wood stoves and collecting wood from community wood lots. They also planted 600 saplings in the forest to restore shrew habitat in collaboration with the local communities.

Thanks to the work done by this team both in research and local community involvement, the golden-rumped elephant shrew can look forward to a future with more strides toward its long-term conservation.