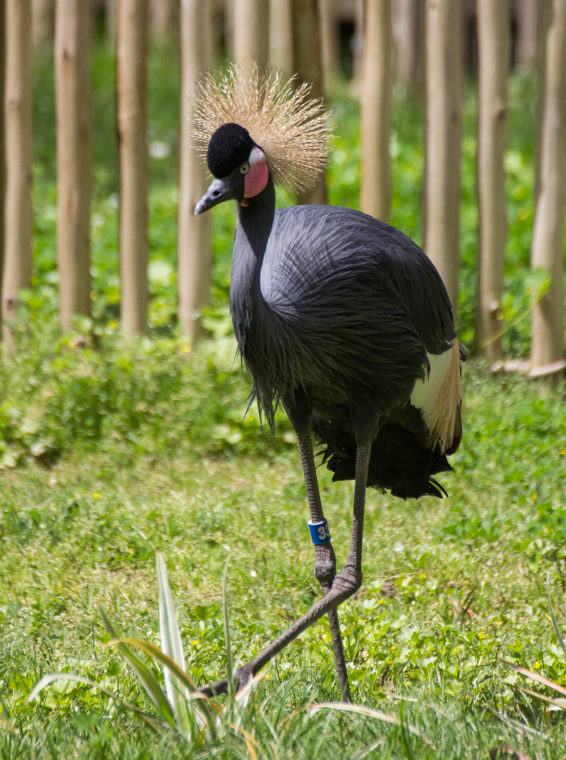 We are excited to bring a brand-new species to the Sacramento Zoo – black crowned cranes! Guests can enjoy an uninterrupted view of the crane pair from the observation deck of the okapi habitat. This species, native to West and Central African wetlands and grasslands, are living amongst the okapi in their newly-opened habitat. The male/female pair, fondly referred to as Kiwi and Siouxsie, were introduced to the exhibit earlier last month.

Mixed-species exhibits occur when two or more unrelated species share a common habitat. These exhibits are carefully planned, and species are introduced with a cautious respect. The okapi and crane exhibit-mates are getting along well according to Senior Animal Care Manager, Melissa McCartney. Forest, the young okapi, has seen but not lived with birds before their recent introduction and each species continues to keep a respectful distance from one another. Melissa continued, “However, Forest the okapi, and Siouxsie the black crowned crane, have even been observed showing their curiosity by “booping noses.” 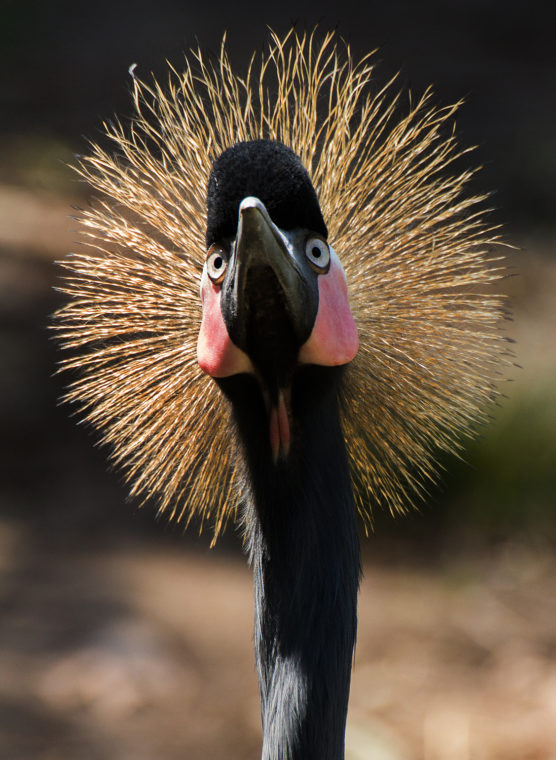 Black crowned cranes generally form pairs and mate for life. Bonds are strengthened and reinforced in cranes of all ages by performing ritualistic dances that may consist of bobbing, running, wing flapping and stick tossing. These ritualistic dances can be performed alone or as a pair. Keep an eye out for this behavior between Kiwi and Siouxsie. The young pair is a potential match for breeding in the future when they reach sexual maturity in the next few years.

Black crowned cranes are listed as Vulnerable by the International Union for Conservation of Nature (IUCN) and their numbers are declining in the wild. The species is under pressure in their native Africa because of habitat loss and destruction as well as illegal over-trading.

The Sacramento Zoo participates in the Association of Zoos and Aquariums Black Crowned Crane Species Survival Plan® (SSP). It is estimated that fewer than 70,000 black crowned cranes still exist in the wild. In appearance, black crowned cranes stand out due to their black bodies, white wing tips, red and white cheek patches and a crown of stiff golden feathers. These magnificent birds weigh up to eight pounds, can reach over three feet tall, have a wingspan of over six feet and can live approximately 30 years in human care. 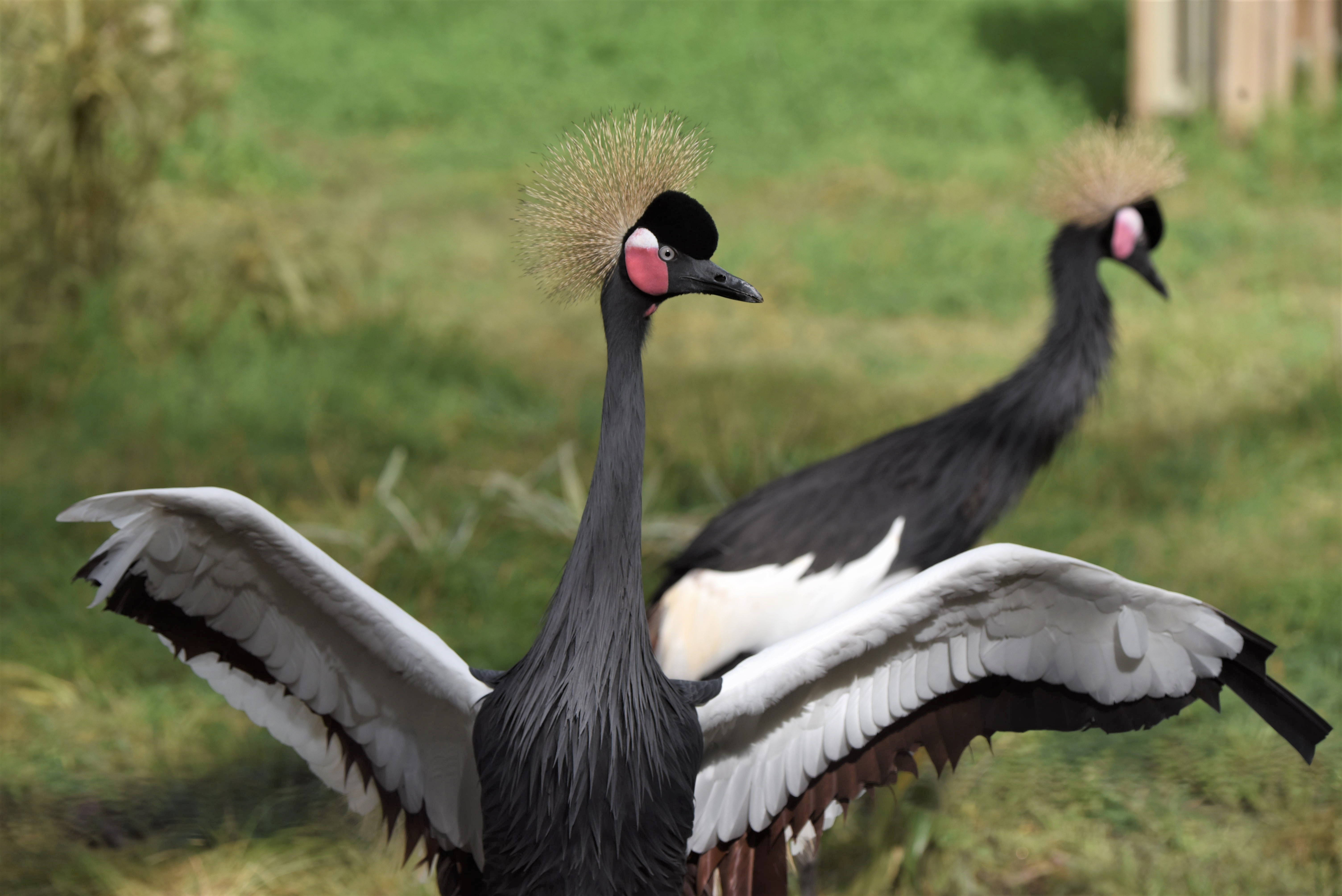 We can’t wait to see you! Please review the zoo’s guidelines and information about the new procedures for purchasing tickets and visiting.
Read more

The zoo is open! Tickets are on sale now!
Read more here.