Wow, what a fantastic week. Thanks to 868 fantastic supporters, more than $112,000 was raised on Big Day of Giving to support your Sacramento Zoo! This represents the largest participation of our donors in the history of Big Day of Giving. Thanks to your generous support, we were also able to win the 10 am hourly donor and donation prize challenges. I know that many of you have contributed to the zoo within the past couple of months and we truly appreciate all the support from our community. We can’t do what we do without you! 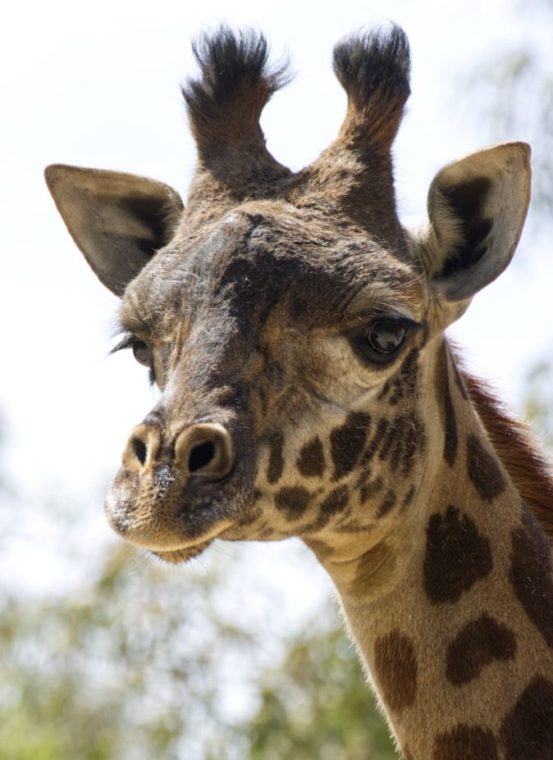 I wanted to update everyone about our new giraffe, Amirah, and the process of her introduction to the rest of the herd. As I mentioned in a previous update, Amirah was born at the Santa Barbara Zoo and her transfer to Sac Zoo was recommended as part of our participation in the Association of Zoos and Aquariums’ Species Survival Program (SSP). As giraffes are herd animals, it was important for Amirah to have visual contact with other giraffes prior to her physical introduction. After her journey from Santa Barbara, this helped calm her down immediately after arriving to our giraffe barn.

Amirah was first introduced to our two females, Skye and Shani. At a little over two years-old, Amirah is considerably shorter than these other females, but they quickly bonded and accepted Amirah as part of their herd. This gave Amirah an opportunity to follow the other animals through their routine of shifting out into the habitat during the morning and into the barn at night. The calm nature of the other two female giraffes also allowed Amirah to safely navigate the barriers of the habitat, such as the moat that separates the public walkways from the giraffes’ paddock. After several days with the females, our male Chifu, was added to the group. The size difference between Chifu and Amirah is considerable, but after a few peaceful sniffs, the group of four giraffes are now living together. The addition of Amirah is a major event for the staff at Sac Zoo, as it is hoped that Amirah will breed with Chifu and produce a calf within the next several years. Fortunately, Amirah’s introduction was a “non-event.” There is always a degree of risk in the process of moving a new 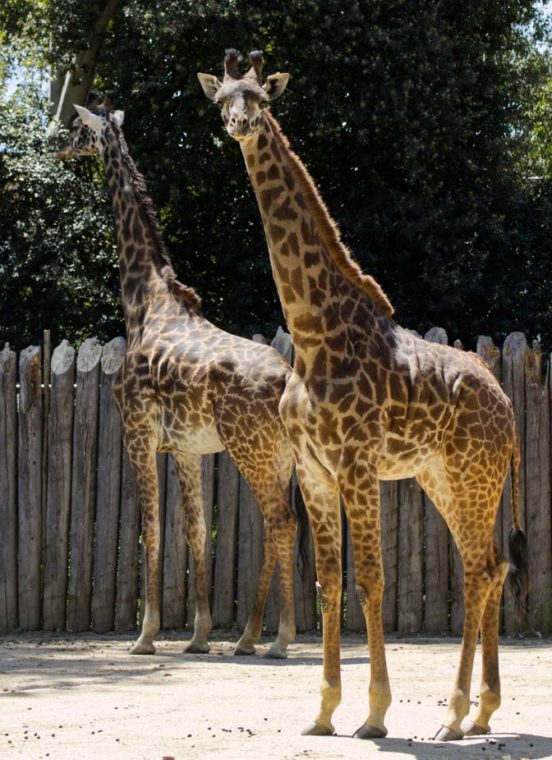 animal to the zoo — from transporting the animal, introducing a new individual to an existing social group and finally introducing them to a new habitat. Sacramento Zoo has a long and successful history of working with giraffes, and I am so proud that our staff facilitated the whole introduction without incident.

On an interesting note, one of Amirah’s keepers, Rachel, worked at the Santa Barbara Zoo for several years before coming to the Sacramento Zoo. Zookeeper Rachel had a close connection with Amirah’s parents, and when I asked her for some notes she wrote that “Amirah seems to be a good mix of both her parents, both in looks and personality. She looks very similar to her mom, Audrey. She has the same stocky build and forehead ‘freckles,’ but she got her dad Michael’s ‘mustache.’ So far Amirah has been pretty shy but has taken some snacks by hand from me. She has really gravitated toward Shani, and they seem to be hitting it off very well. I miss Audrey a lot, but it’s nice to have a little bit of her here in Sac and I hope to build a similar bond with Amirah once she settles in. When I left Santa Barbara, Amirah was just a bun in the oven, so it’s neat to be able to continue to be a part of her life now that she’s been born.” 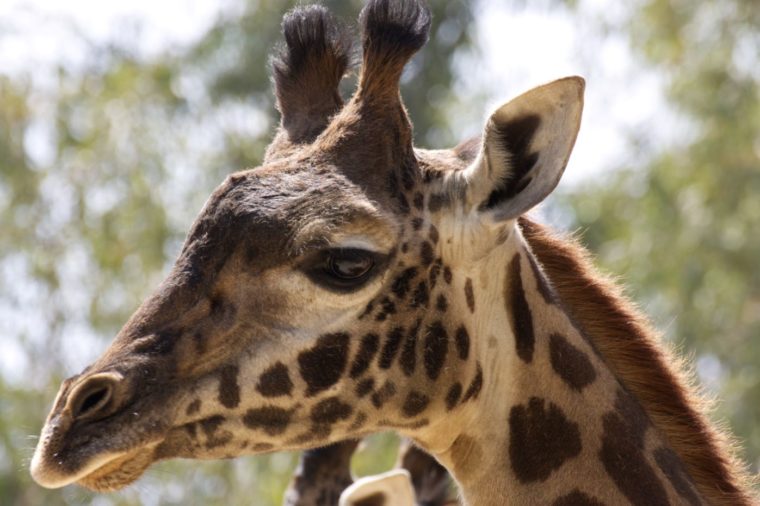 Thanks to Rachel and all of our dedicated staff for taking care of Amirah and all of the other animals at the Sacramento Zoo! We look forward to sharing more updates with you about the zoo soon.

Jason Jacobs
Executive Director
Sacramento Zoo
If you wish to assist the animals during these unprecedented times,
please consider a donation to the zoo’s Emergency Relief Fund.

Face coverings are recommended outdoors and required indoors. By entering the zoo you are attesting to your compliance with this policy.