Four-year-old Amaya, Gizmo’s mother, gave birth to two cubs in the early morning hours. Animal care staff were able to monitor the birth and the cubs via a remote camera system. It was during this time that it became evident that one of the cubs was under-developed. This cub was assessed by veterinary and animal care teams, but subsequently passed away. 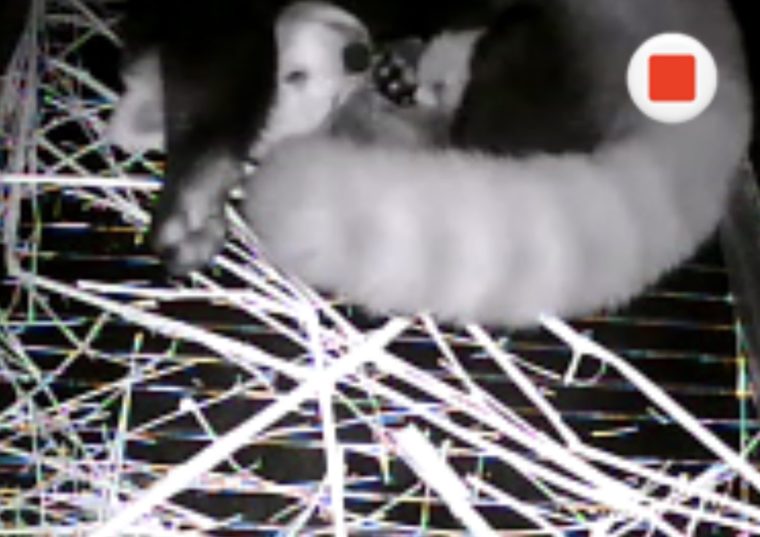 The remaining cub appears healthy at this time and Amaya is displaying appropriate maternal care. Both mother and cub continue to be carefully monitored by keeper and veterinary staff. The zoo’s veterinary staff performed a brief neonatal exam on June 26. At that time, the cub weighed 91 grams. The cub is being weighed once a week, and has at its last exam, weighed more than 200 grams! Animal care staff describes the cub as being robust and active – in addition to very cute.

Red panda cubs have a high mortality rate with roughly 50 percent surviving to the one-month mark. Females give birth in the spring and summer, typically to one to four cubs. Highly sensitive red panda cubs remain in their nest for at least 90 days with their mothers. Male red pandas do not typically assist in the raising of the cubs. 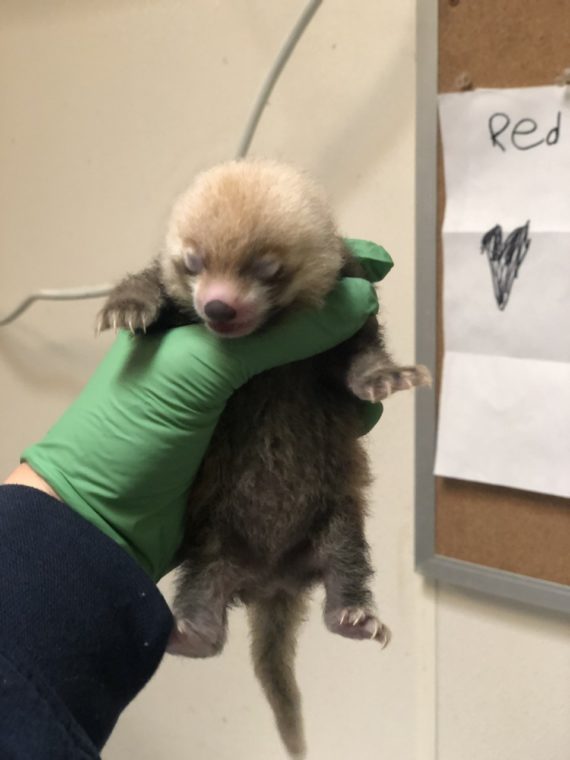 Amaya and her cub currently reside in a spacious behind-the-scenes habitat at the zoo. Her pairing with two-year-old male red panda, David Bowie, was recommended as part of the Association of Zoos and Aquariums’ Red Panda Species Survival Plan. Red pandas are listed as Endangered by the International Union for Conservation of Nature (IUCN), so this carefully planned breeding program is very important to the survival of the species.

In addition to Gizmo and the new cub, the Sacramento Zoo currently houses two pairs of red panda, Pili and Takeo, who live in an on-exhibit habitat and are visible to zoo visitors and the new parents, Amaya and David Bowie, who are housed off-exhibit.

The Sacramento Zoo supports the Red Panda Network, an organization committed to the conservation of wild red pandas and their habitat through the education and empowerment of local communities. Support of red panda conservation initiatives is increasingly important for this at-risk species whose habitat is threatened due to deforestation through logging and the spread of agriculture. Red pandas are native to Eastern Asia, including Nepal, Myanmar Tibet and south-central China. The Sacramento Zoo has been an active participant in the Red Panda Species Survival Plan® since 1999. The Sacramento Zoo has had 13 panda cubs born, including these two, and this one surviving cub. Six cubs have reached adulthood and joined the human care population managed by the SSP.

Please note that due to potential avian influenza risk, birds are temporarily off exhibit.
The zoo will be closed December 24 & 25.

Your Support Makes Our Work Possible! 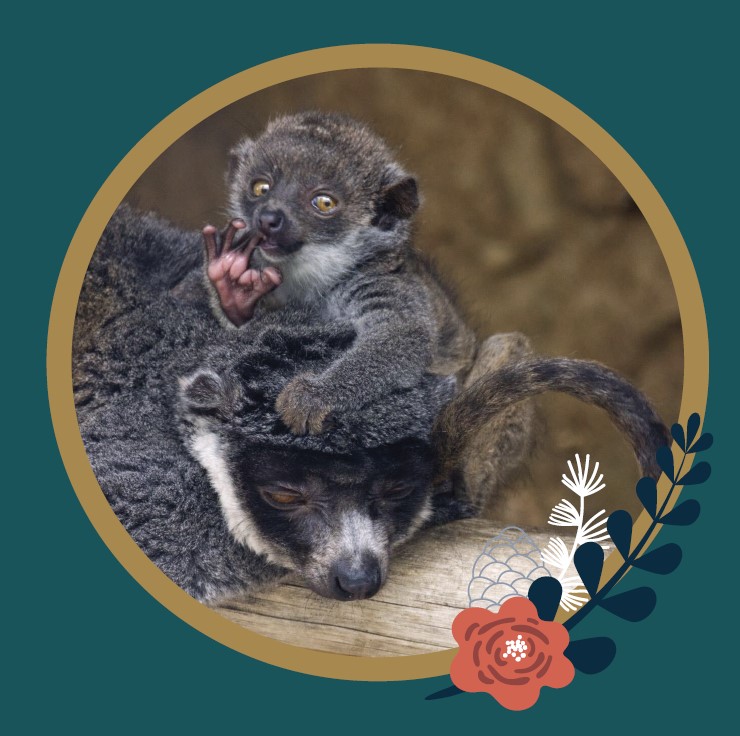 Please consider a year-end donation to the Sacramento Zoo.