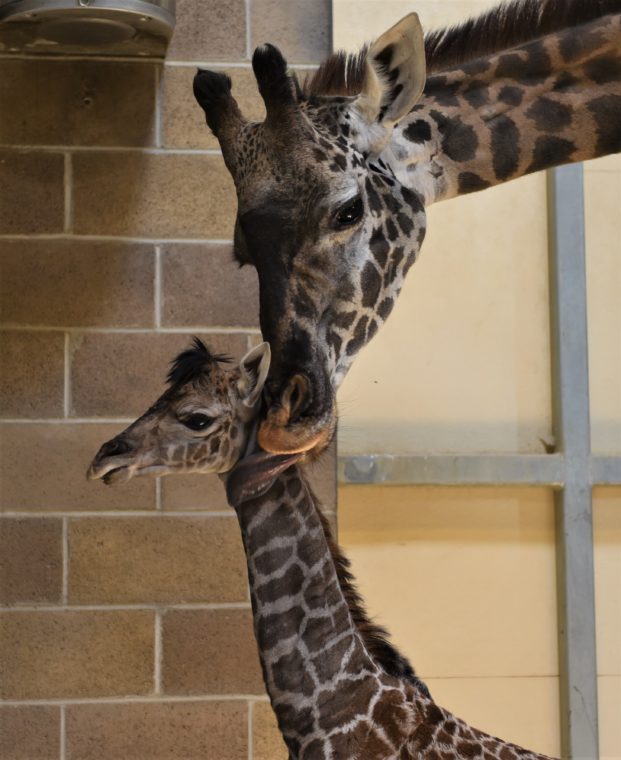 The Sac Zoo is thrilled to announce that Shani, a 10-year-old Masai giraffe, gave birth to a female calf during the evening on September 20. Mother and calf are spending time bonding in the zoo’s giraffe barn and may have access to the public side yard periodically over the next few days to weeks. Watch the zoo’s social media and other communications for updates on mother and calf’s eventual introduction to the herd and full habitat access.

The zoo’s veterinarians performed a routine neonatal health check on the calf that included a weight check and brief physical exam. Zookeepers had been monitoring Shani around the clock prior to the birth and will continue to closely watch the mother and her calf.

The Masai giraffe is the largest giraffe subspecies and is found in southern Kenya and Tanzania. In addition to a difference in size, reticulated and Masai giraffes have slightly different spot patterns – a Masai giraffe’s spots are usually darker and irregular in shape. Gestation is 14 to 15 months with the female giving birth alone in a secluded spot away from predators. When a calf is born, it can be as tall as six feet and weigh as much as 150 pounds. Within minutes, the baby is able to stand on its own. 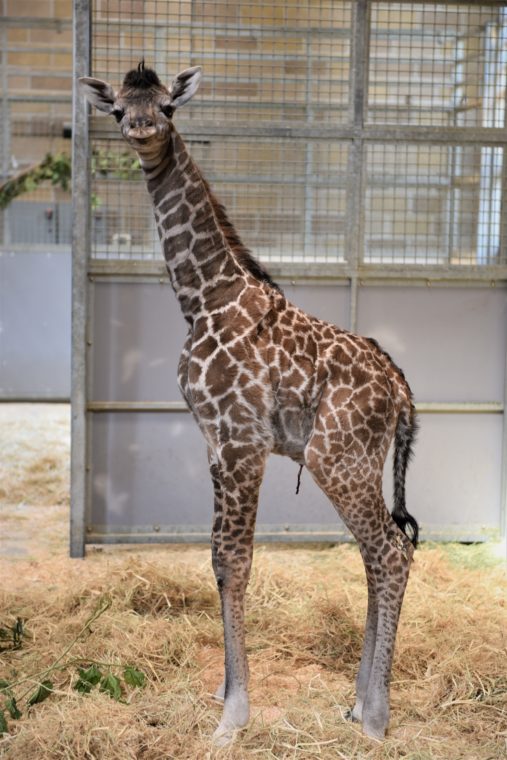 The Sacramento Zoo is one of 34 institutions managing 131 Masai giraffes in the Association of Zoos and Aquariums (AZA) population. The Sacramento Zoo partners with and supports the Wild Nature Institute (WNI), a field research organization that is currently studying Masai giraffe demographics and the African Savanna ecosystem with photo recognition software. The zoo’s partnership with WNI is critical to giraffe research and conservation efforts. From giraffe research projects on genetics and family dynamics, to education programs for youth and adults in Tanzania, to training and supporting Tanzanian scientists to conduct giraffe research and to help sustain Wild Nature Institute’s programs that empower Tanzanians to protect their national animal for future generation, the work of Wild Nature Institute is helping to ensure a future for the magnificent giraffe.

Wild giraffes are experiencing a silent extinction as their populations continue to plummet due to poaching and habitat loss. It has been estimated that the mammals’ numbers have fallen by more than 40 percent over the last 30 years. Approximately 150,000 wild giraffes existed as recently as 1985, but it is now estimated that there are now fewer than 97,000, according to the International Union for Conservation of Nature (IUCN). In 2016, the IUCN moved giraffes from “Least Concern” to “Vulnerable” on its Red List of Threatened Species. 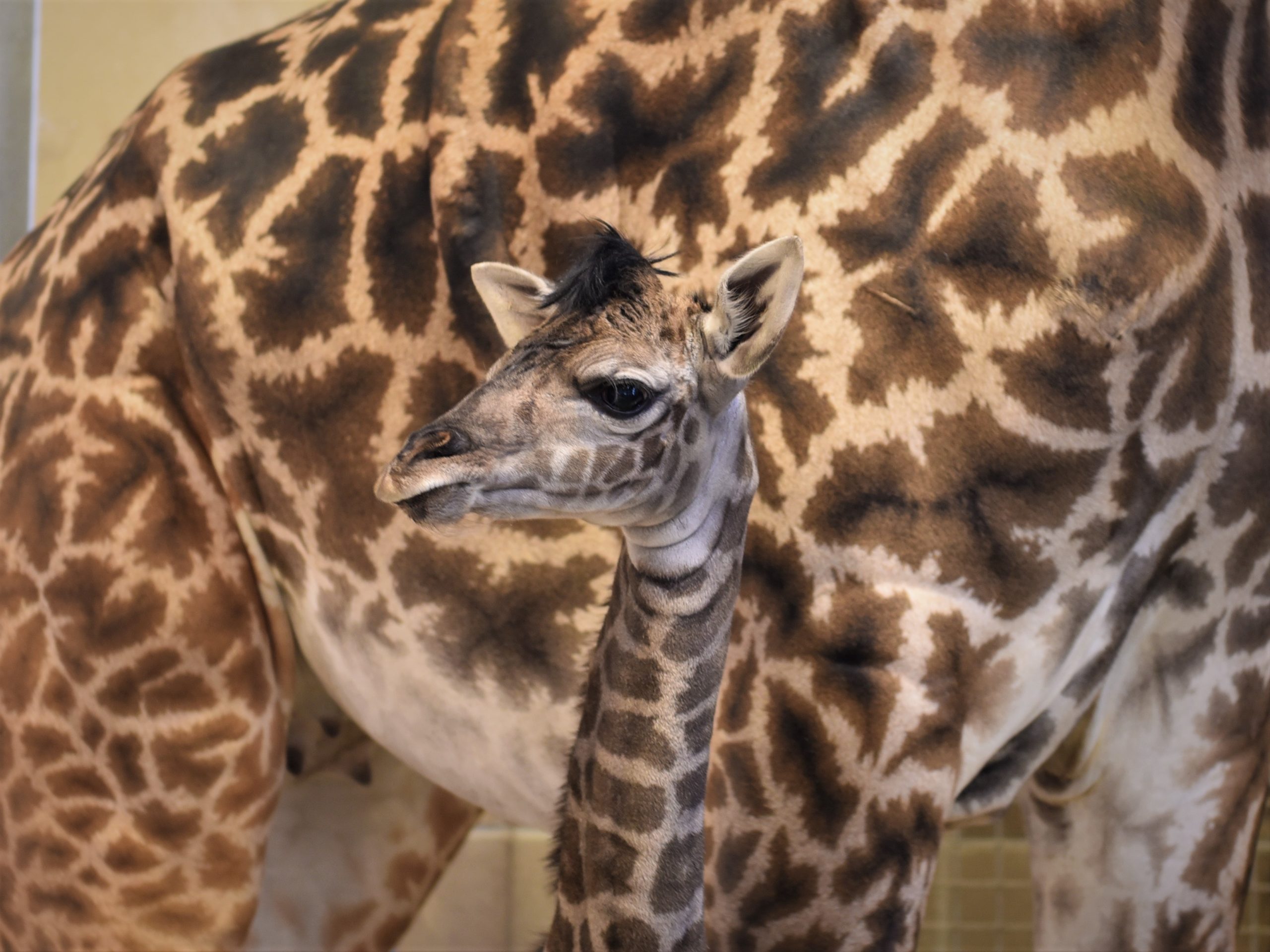 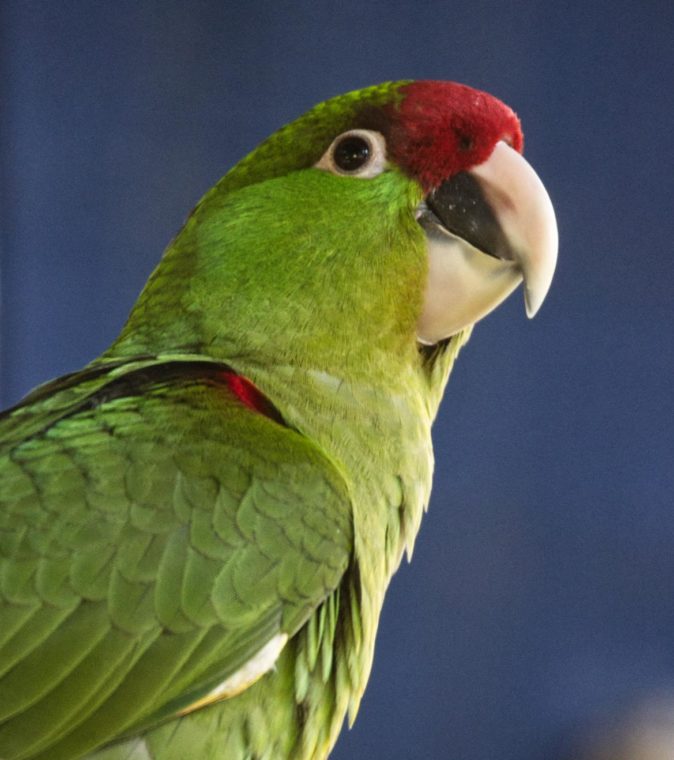