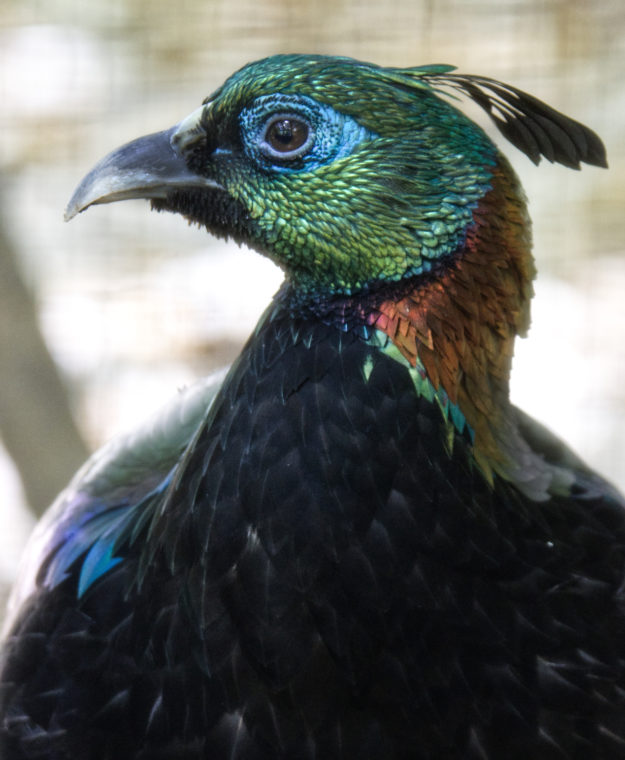 Where are Himalayan monals found?

Himalayan monals live in the Himalayan hill forest from Afghanistan and Pakistan through the Himalayas in India, Nepal, southern Tibet, and Bhutan. It favors oak-conifer forests rich with rhododendrons, open, grassy slopes, and alpine meadows.

What do Himalayan monals eat?

Himalayan monals are omnivorous. In the wild, they feed on a variety of insects, seeds, tubers, roots, and berries. Here at the zoo, they eat mixed vegetables, game bird chow, and insects.

Himalayan monals migrate across altitudes. In the summer, these birds live at 16,000 feet. As temperatures cool in the winter, the birds migrate down as low as 6,500 feet. There, they congregate in large coveys and roost together.

What is the Himalayan monal lifespan?

Himalayan monal’s lifespan is unknown in the wild, but in human care they generally live 10 – 12 years.

Himalayan monals are monogamous and form strong pair bonds during breeding season. After mating, the female will dig a shallow nest in the ground to lay 3 to 5 eggs. The female will incubate the eggs for 27 days as the male stays nearby for protection. 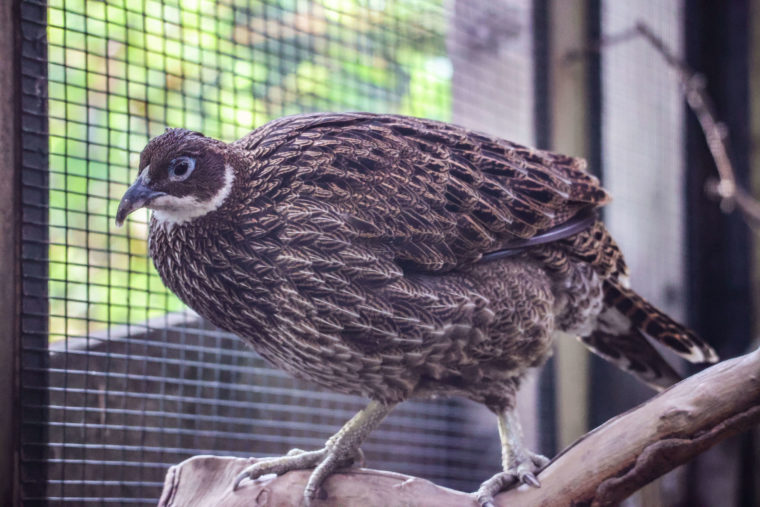 When developing the film “Up,” Pixar artists visited the Sacramento Zoo. They took pictures, made sketches, and observed the behavior of our Himalayan monals. Kevin, the Monster of Paradise Falls, is partially based on our birds!

Loss of habitat is the largest threat to the Himalayan monal pheasant’s survival. Male head feathers are a sought-out prize. Furthermore, hunting these birds for food continues to decrease wild populations. Although this bird is still common in some areas, it is unable to readily adapt to a changing environment. It has specific habitat requirements that prevent it from finding new home ranges.

The Sacramento Zoo works with visitors of all ages to increase awareness of the need to preserve whole habitats and ecosystems to protect as many species as possible. All animals interact with one another, and each plays an important role in the ecosystem. Our Red Panda Forest, where the Himalayan monal is housed, shows many species living together and explains their roles within the ecosystem.

Want to learn more about Himalayan monals? Check out our Factsheet and YouTube video!

Ready to visit the zoo? Plan ahead and purchase your tickets early!