National Wildlife Day was founded in 2005 by animal behaviorist and philanthropist Colleen Paige with a goal of raising awareness of the plight of endangered animals and recognizing the critical role zoos and sanctuaries play in conservation and education.

At the Sacramento Zoo, we celebrate wildlife EVERY DAY! The Zoo is known for many species of amazing animals, from our lions to our giraffes and everything in between. In recognition of National Wildlife Day, we wanted to take a moment to recognize some of the endangered and vulnerable animals native to the United States. 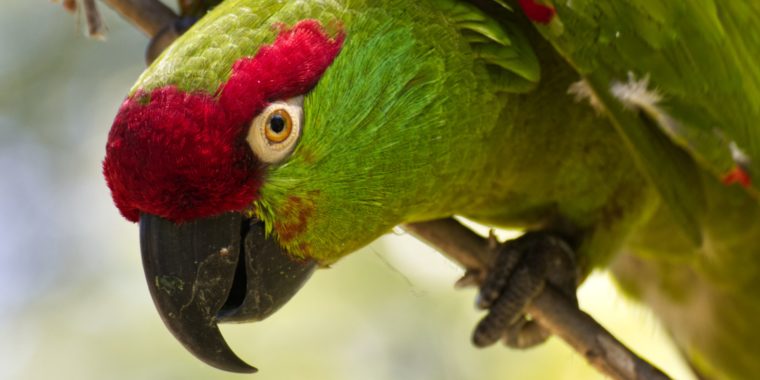 Sacramento Zoo houses the largest flock of these colorful birds under human care. We are a leader in the husbandry and successful breeding of this endangered species. The Sac Zoo has been a home to this species since 1975 and is the most successful zoo in the world to breed thick-billed parrots.

The thick-billed parrot, known locally in Mexico as guacamaya (“macaw”) or cotorra serrana (“mountain parrot”), is the only living parrot species native to the United States. These parrots used to inhabit a large range from the southwestern United States into Chinuahua and Durango, Mexico. Deforestation and mining activities limited the parrots’ range and reduced the population. Today, thick-billed parrots are only found in the Sierra Madre Occidental in Chihuahua and Durango, Mexico. 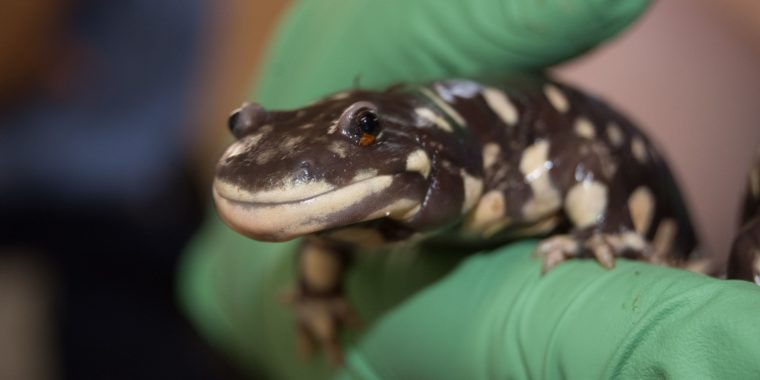 California tiger salamanders live in California’s vernal pools, grasslands, and oak woodlands. Like all amphibians, tiger salamanders partially breath through their skin, making them more susceptible to toxins and pesticides compared to other animals. Most adult tiger salamanders are terrestrial. They rely on camouflage, but when caught they emit a foul-smelling, toxic substance from their skin glands.

The primary threat to California tiger salamander populations is habitat loss and fragmentation from farming and urban development. Nonnative predators and competitors that have been introduced to the environment (especially bullfrogs and nonnative salamanders) also pose threats to the tiger salamander.

An additional threat is the increase of pollution and poisons used to control squirrel populations. As these pollutants congregate in the waterways, they are absorbed by the salamanders’ skin and kill insect larvae, the salamanders’ predominant prey. 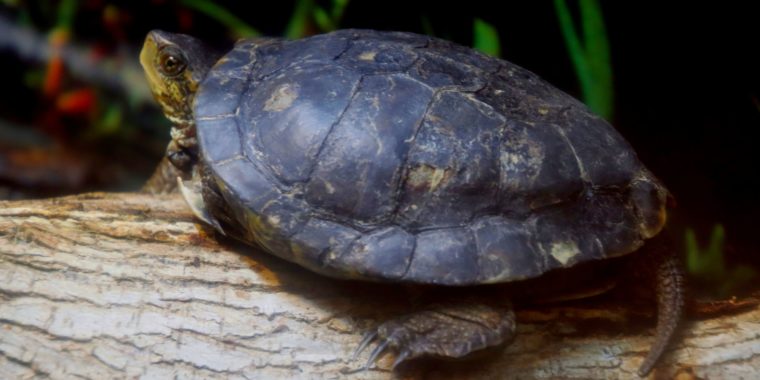 Western pond turtles live along the western portions of the United States, from the southern regions of British Columbia, Canada to northern Baja California, Mexico. Western pond turtles are the west coast’s only native freshwater turtle and the only turtle endemic to California. They can be found in marshes, streams, rivers, ponds, and lakes. Pond turtles seek out habitats with plenty of logs and boulders for basking.

Western pond turtle populations are threatened by disease, habitat destruction and alteration, and the introduction of nonnative predators. Bullfrogs and warm freshwater fish, such as bass, prey on juvenile turtles.

As red-eared slider turtles became a popular “pet,” many people ultimately released these nonnative turtles into the wild when the novelty wore off or they grew too large. This invasive species has quickly outcompeted the native western pond turtle.  After the introduction of red-eared sliders, western pond turtles’ distribution became clustered, and their average body size decreased. 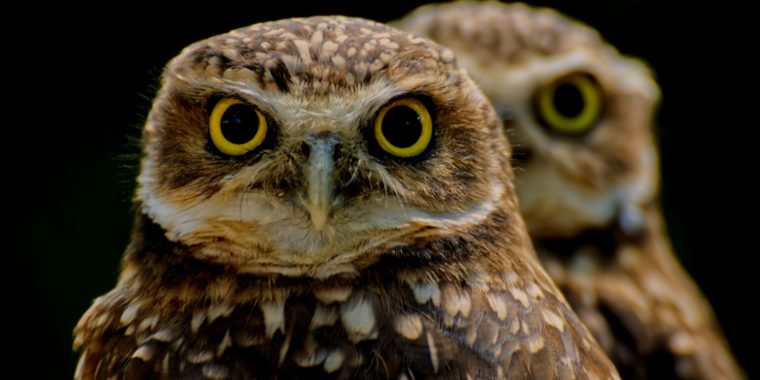 Burrowing owls make their nests underground. While they can dig their own burrows, these owls usually move into abandoned prairie dog and ground squirrel burrows. Summer populations of burrowing owls are found from west of the Mississippi River and into Southwestern Canada. Winter populations are found in Central America and Mexico.

Predominant threats to burrowing owl populations include pesticide use, poisoning of prairie dog colonies, and habitat destruction and degradation. During land development, burrowing owl burrows are destroyed, displacing the bird. As their habitat is destroyed, burrowing owls migrate into more populated areas, increasing their exposure to pesticides, vehicle collisions, and predation from cats and dogs. 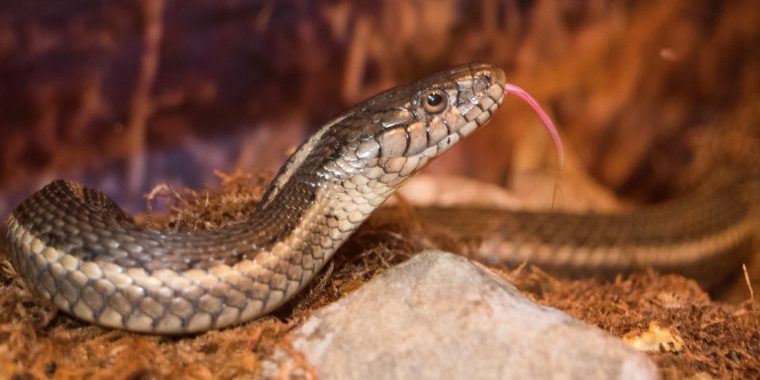 The giant garter snake is the largest species of garter snake, typically between 36 – 48 inches in length. While giant garter snakes are venomous, they are harmless to humans. Giant garter snakes live in agricultural wetlands and waterways, such as irrigation canals, sloughs, ponds, small lakes, and streams. They are diurnal, often found basking on rocks or in vegetation near the waters’ edge. When startled, the snakes will dart into the water.

Unfortunately, giant garter snakes are threatened by habitat loss. The Sacramento Zoo’s Veterinary Medicine Department participates in the Giant Garter Snake Recovery Program. Through this program, biologists trap wild giant garter snakes and veterinarians from the Sacramento Zoo and UC Davis complete a comprehensive medical exam and implant a radio transmitter. The snakes are then returned to the wild, where the radio transmitters help biologists track the snake’s movements and behaviors. The Sac Zoo also helps treat injured giant garter snakes, so they can be returned to the wild.

As you celebrate National Wildlife Day, we hope you will adopt a proactive approach to wildlife conservation. As Steve Irwin once said, “Now more than ever we are all becoming more aware about the need to conserve our precious living heritage.”

What can you do to support wildlife conservation?

Visit the zoo! Every time you visit the Sacramento Zoo, you are supporting wildlife conservation. It’s a fun, easy way to make a difference all while learning about the animals you are protecting.

Share the stories! Telling others about endangered and vulnerable animals is a wonderful way build support and awareness.

Reduce single-use plastics! Plastic doesn’t decompose like organic material. Instead, it breaks up into smaller and smaller pieces, infiltrating the food web. Switching from single-use plastic to reusable items is a wonderful to make a difference.