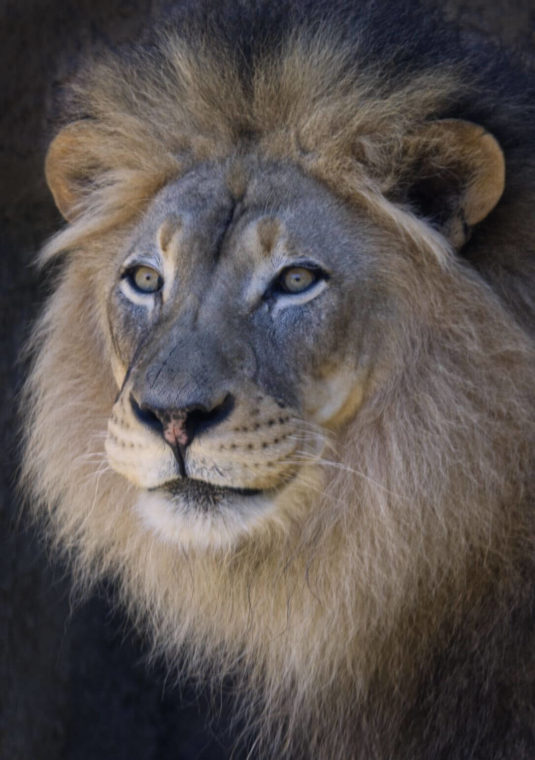 There are few species as iconic as the African lion which have become synonymous with strength, power, and resilience. Even in nature, lions have no natural predators. Why, then, have African lion populations decreased by approximately 50% in the last 25 years?

Lions are listed as Vulnerable by the International Union for the Conservation Nature (IUCN), with approximately 23,000 individuals left in the wild. African lion habitats once stretched across most of Africa through parts of Asia and Europe. Today, lions live on only 8% of that land, in sub-Saharan Africa.

Most of the threats African lions face are due to human activity. African lions prey on large herbivores, animals that are also hunted by humans for a growing bushmeat market. According to the IUCN, these prey animal populations have decreased by as much as 52% in East Africa and 85% in West Africa. As the availability of prey decreases, African lions are often forced to turn towards local livestock. African communities rely on livestock for food and financial stability.

In retribution and proactive defense, many ranchers will hunt and indiscriminately set poison traps intended for local lions. In 2013, poison traps killed half of the regional lion population in North Botswana. Not only are the poisoned bait traps harmful to lions, but they also kill other species in the ecosystem, including hyenas, jackals, wild dogs, and vultures.

The key to successful African lion conservation is finding ways for human communities to coexist with lions. Organizations like the Communities Living Among Wildlife Sustainably (CLAWS) Conservancy are vital in making that conservation a reality. CLAWS is a non-profit organization whose mission is to “develop and deploy innovative strategies that reduce conflict between people and predators.”

CLAWS is based out of a study area in Northern Botswana, at the center of a large lion population that roams across Kavango-Zambezi Transfrontier Conservation Area (KAZA). This range crosses Botswana, Zimbabwe, Zambia, Angola, and Namibia. The study area historically has had high lion persecution levels, making it an ideal location for CLAWS to build an inclusive lion conservation program, called Pride in Our Prides. This conservation program seeks to partner with local communities to reduce human-lion conflict using tradition and technology. 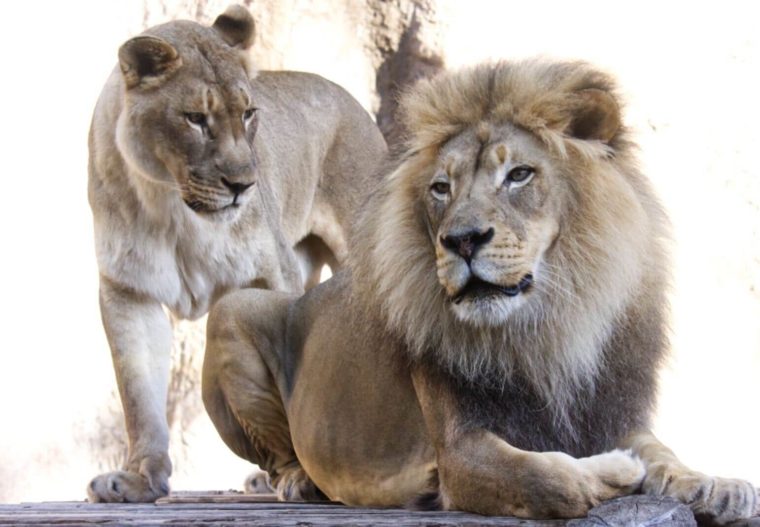 Historically, traditional herding practices were able to maintain healthy ecosystem and protect livestock from predators. In recent years, ranchers have abandoned traditional practices. As a result, free-range cattle damage the landscape, causing overgrazing, erosion, and desertification. The practice of free-range grazing also makes these livestock herds an easy target for predators. By reinstituting traditional practices, the local environment is slowly restored, and livestock predation is reduced.

In 2019, CLAWS helped establish the first communal herd in Eretsha Village, Botswana, which was composed of 80% of the village cattle. A community committee organized rotating grazing plans and monitoring shifts. CLAWS hired six certified herders to monitor livestock health and protect them against predators. Local lodges further supported this initiative by purchasing the “wildlife friendly” beef for a premium price.

Another practice instituted by CLAWS was predator-safe livestock enclosures. These sturdy structures are designed specifically to keep lions out. They are made using locally sourced materials that are woven together using traditional methods.

Collaborative efforts between CLAWS and the University of Seigen resulted in a program utilizing an automated alert system and GPS collars, which was implemented in 2019. When collared lions approach livestock areas, over 100 participating ranchers receive alert messages through their cell phones that tell them the name and approximate location of the lion. The ranchers can then take measures to protect their herd, such as herding them into predator-proof corals. Within the program’s first year, human-lion conflict in the area reduced by 50%.

African lions play an important role in sub-Saharan Africa’s ecosystem. Lion populations are at risk, but it isn’t too late to make a difference. Organizations like CLAWS are partnering with local communities to expand environmental awareness and find innovative solutions that incorporate historically proven traditions with modern technology to build a bright future for sub-Sahara Africa.