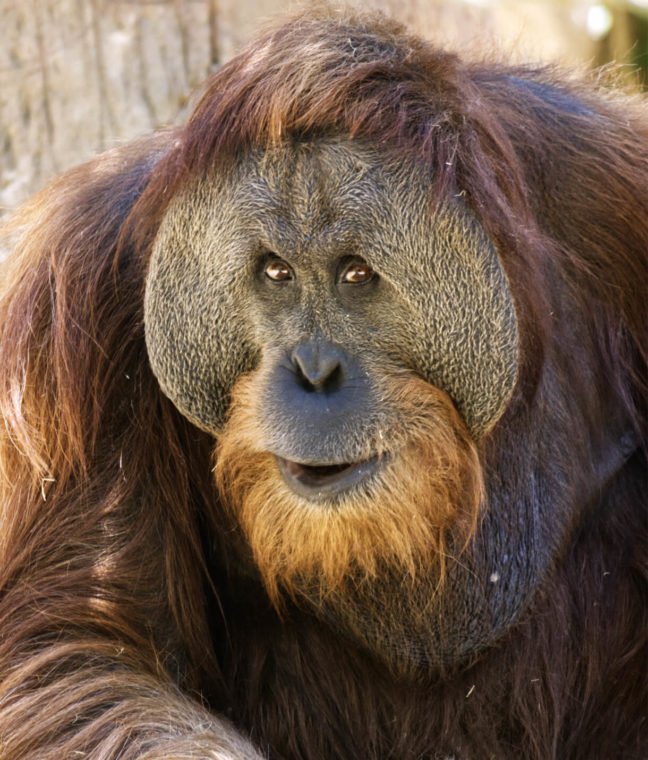 All three orangutan species are listed by the International Union for the Conservation of Nature (IUCN) as Critically Endangered.  Tapanuli orangutans are considered one of the most endangered great ape species in the world, with approximately 800 individuals left in the wild.

The biggest threat to orangutan populations is habitat loss and fragmentation. Between 1985 and 2014, nearly half of Indonesia’s rainforests were cleared for timber, monoculture palm oil plantations, paper concessions, and agricultural development.

Despite national regulations, hunting and wildlife trade threaten orangutan populations. Orangutans are large and relatively slow-moving animals, making them easy targets for hunters. The apes are often targeted for food and retaliation for crop destruction.

Females are hunted more than males. After killing the female, hunters will capture her infant. There are many people in Indonesia and overseas who are willing to pay high prices for baby orangutans on the black market. According to the Sumatran Orangutan Conservation Programme, “particularly worrying is the large number of high-ranking officials, including members of the police, the armed forces, and even government politicians, who in their arrogance take pleasure in keeping endangered wildlife as a sign of their perceived ‘superior status’, demonstrating to others that they are above the law.” Only about 33% of infant orangutans who are captured for the exotic pet trade survive.

Orangutans’ low reproductive rates make them especially vulnerable to these threats. An adult female orangutan can give birth to a single infant every three to five years, making population recovery a very slow process.

Working with the Indonesian authorities, SOCP investigates reports of captured and traded orangutans. They regularly confiscate the animals being kept illegally as pets. Since 2001, SOCP obtained 360 orangutans. Despite the large number of seized orangutans, arrests and prosecutions are very rare. Between 1993 and 2016, there were only seven prosecutions across Indonesia. The SOCP is advocating for more prosecutions and stiffer sentences.

Confiscated orangutans are brought to the SOCP’s Orangutan Quarantine Centre outside of Medan, North Sumatra. The facilities are fully equipped with a medical clinic, isolation enclosures, an infant house, socialization enclosures, and long-term enclosures for those who cannot be released into the wild.

Each orangutan is given a health assessment and evaluation. After their initial health check, the orangutan is isolated for a minimum of 90 days to reduce the risk of disease.

Throughout their stay, orangutans are given routine checks to ensure their wellness. During these routine exams, orangutans are also photographed, fingerprinted, given an individual code number, and microchipped. These procedures allow the SOCP staff and researchers to track the wellbeing of the orangutans, even after they have left the Quarantine Centre.

Once the orangutans are given a clean bill of health, they are gradually introduced to other orangutans of a similar age, starting the orangutans’ socialization period. During this time, the orangutans learn how to interact with each other and how to be an orangutan after their time in captivity.

Every day, orangutan groups are given enrichment and time to spend in the trees. This encourages wild behaviors such as nest building and foraging. This process continues until the orangutans are about five or six years old, at which point the staff assesses their readiness to be reintroduced to the wild.

With wild orangutan populations in decline, reintroducing previously captive orangutans helps maintain genetic diversity within wild populations. While in the Quarantine Centre, SOCP staff establish groups of compatible orangutans. Once all the orangutans in the group have been cleared, the group is transferred to one of two Reintroduction Centres, at the edge of Bukit Tigapuluh National Park in Jambi or in the Jantho Pine Forest Nature Reserve in Aceh. By transferring already established groups of orangutans together, the SOCP drastically reduces the orangutans’ stress during the transition and maximizes their chances of settling into their new environment.

The Reintroduction Centres are situated deep in the rainforest. The orangutans become accustomed to living in the wild while SOCP staff monitors their progress. As Asril Abdullah, the SOCP operations manager, explained, “The ultimate aim at the Reintroduction Centres is to release at least 250 individuals at each, to ensure the new populations being created will be genetically viable and self-sustaining over the long-term, creating two entirely new wild populations of this Critically Endangered species.”

Once the SOCP is satisfied that the orangutan group can function independently, they transition out of the Reintroduction Centre and into the wild.

Not all rescued orangutans can be reintroduced back to the wild due to health or disability reasons. To address these issues, the SOCP is developing the Orangutan Haven. There, these orangutans will be able to live out their lives on “large naturalistic islands,” serving as animal ambassadors for the species.

The SOCP hopes that the animal ambassadors will shed light on the threats facing wild orangutans and prompt engagement in orangutan conservation by the local community.

Given the Critically Endangered status of orangutans, it is imperative to conduct regular monitoring and surveys of the populations. These surveys not only measure population growth and health, but also record long-term behavioral and ecology data.

SOCP researchers keep tabs on reintroduced orangutans to measure their success and health. This data is used to continue to refine the reintroduction program.

Two research projects of note include the Sikundur project and Suaq Balimbing project.

The SOCP’s Sikundur research project was one of the first projects to study the Tapanuli orangutans and identify behavioral differences compared to Sumatran and Bornean orangutans.

The Suaq Balimbing project was the first research project to observe orangutans regularly socializing and using tools in the wild. The researchers believe this behavior stemmed from the higher population density and the “unusually sociable orangutans” found there. 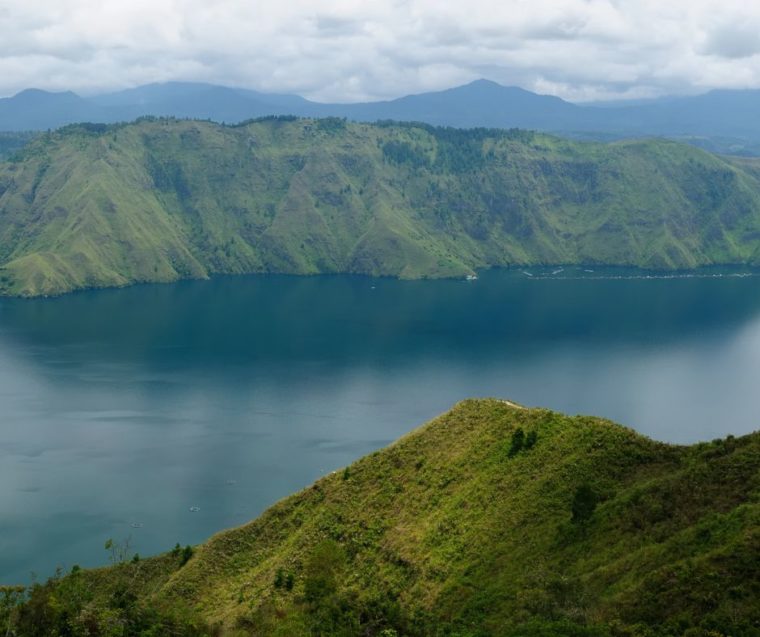 Habitat protection is essential to long-term orangutan conservation. Orangutan habitat is under constant threat, especially the Leuser and Batang Toru ecosystems. These two ecosystems are valuable for Critically Endangered species, including orangutans, elephants, and tigers.

The Leuser ecosystem is one of the largest contiguous rainforests in Southeast Asia. It is a 6.4 million acre stretch of land in northern Sumatra where 85% of the remaining wild Sumatran orangutans are found.

The Batang Toru ecosystem is in North Sumatra, Indonesia. Totaling approximately 300,000 acres, this stretch of land is the last home to Tapanuli orangutans.

As local human development continues to expand, the threats facing these habitats grow. Major threats include palm oil concessions and plans for hydroelectric and geothermal energy plants. As human development grows, roads that cut through the ecosystems fragment the forest and open new areas to poachers and developers.

The SOCP is working closely with its partners, both locally and internationally, to tighten protections around the ecosystems and eliminate threats.

In 2012, the SOCP partnered with Dr. Lian Pin Koh and Dr. Serge Wich from Conservation Drones to monitor the regions. The remote-controlled drones are adapted to collect video or photographs. They fly on autopilot at any pre-determined height and route. The drones allow researchers to not only monitor the habitat, but also capture images and video of orangutan behavior, such as movement through trees and nest building. They hope to further develop the technology to detect radio transmitter chips from reintroduced orangutans.

Orangutan populations are decreasing at an alarming rate, but it isn’t too late to turn things around. By protecting orangutan habitats and acting against poaching and the illegal wildlife trade, we can build a brighter future for orangutans and their rainforest home.