Each year on September 1, we celebrate International Primate Day. The holiday was founded by Animal Defenders International in 2005 with the purpose of ending monkey experimentation for disease research. Since then, the day has evolved to include wild primate conservation and habitat protection. According to the International Union for the Conservation of Nature (IUCN), more than a third of all primates are considered Critically Endangered or Threatened.

The Sacramento Zoo is home to eight different species of primates. Read on to learn more about them! 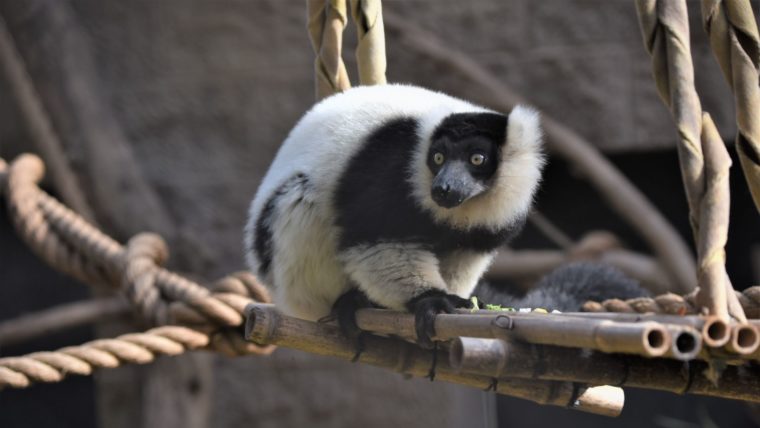 Black-and-white ruffed lemurs live in the lowland to mid-altitude rainforests of eastern Madagascar. These lemurs are almost exclusively frugivorous, meaning they eat fruit. Black-and-white ruffed lemurs are striking with their thick, fluffy fur. This fur makes them very well adapted to the chilly rainforest canopy. They are the world’s largest pollinators. As they forage, pollen sticks to the ruff around their faces and is transported from tree to tree.

Black-and-white ruffed lemurs are Critically Endangered. Their selective diet makes them susceptible to changes in their environment. They face hunting and habitat loss and fragmentation. 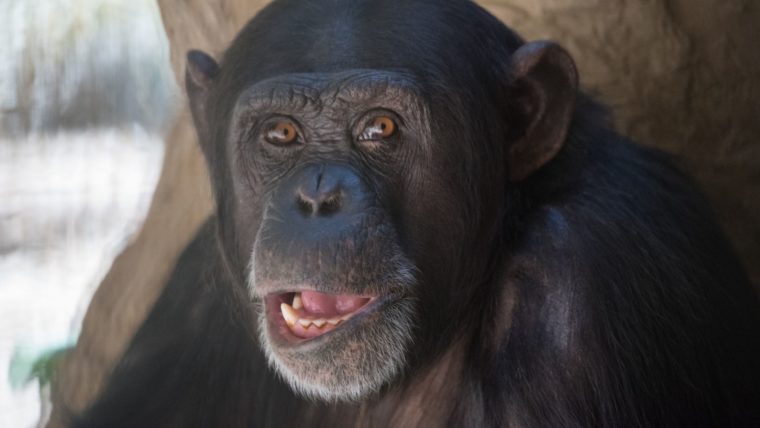 Chimpanzees are found in the forests of central Africa. Primarily arboreal, chimpanzees tend to spend most of their time in the upper canopy. Chimpanzees are particularly known for their use of tools. The apes will use tools for a variety of purposes, including fishing termites out of their mounds, collecting drinking water, and opening nuts. Chimps in different regions develop different cultures, which results in developing different types of tools and communication.

Chimpanzees are listed as Endangered by the IUCN. Their greatest threat is habitat loss and fragmentation. 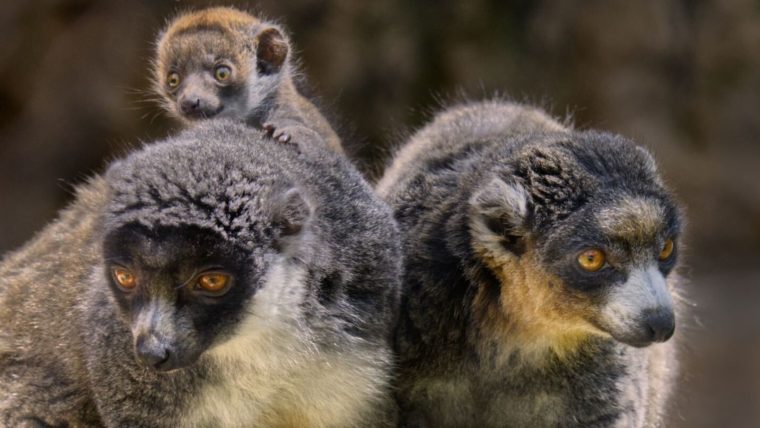 Mongoose lemurs live in the deciduous forests of Madagascar. They are well-adapted for their dry environment. Mongoose lemurs are cathemeral, so they are active both day and night. During the dry season, between May and November, the lemurs are more nocturnal than diurnal, which allows them to conserve energy and moisture. 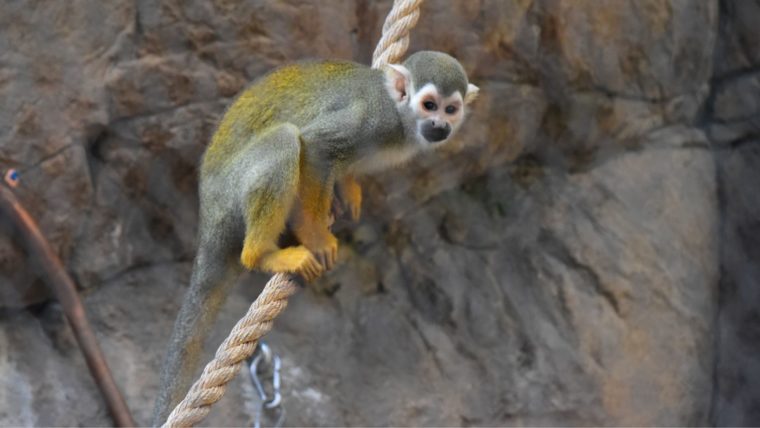 Squirrel monkeys are commonly found in the northern Amazon. They are primarily diurnal and are arboreal, so they spend most of their time in the trees. While they use all levels of the forest, squirrel monkeys forage mainly in the lower canopy and understory, where they eat fruit, leaves, and insects.

Squirrel monkeys are listed as Least Concern by the IUCN. Squirrel monkeys inhabit a relatively wide range and are adaptable to disruptions to their habitat. They do not face the same threats as other primates since they are too small to be hunted for meat. However, in some areas squirrel monkeys are trapped and sold into the exotic pet trade. 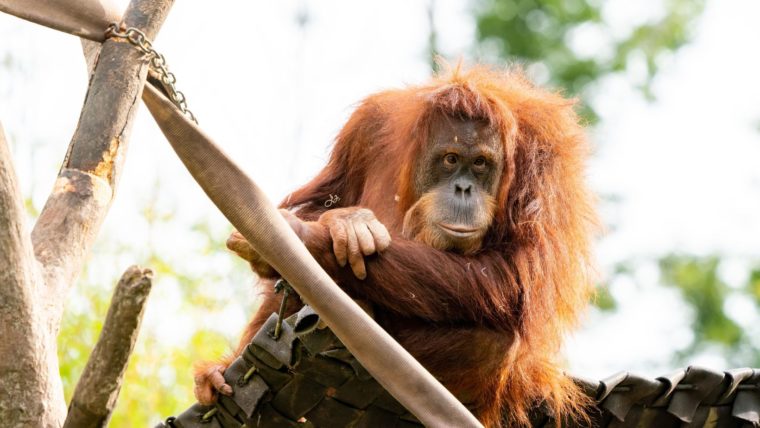 Sumatran orangutans are found on the island of Sumatra in Indonesia. Predominately arboreal, Sumatran orangutans live in the lower to middle canopy layers of mature, lowland, and tropical rain forests. Sumatran orangutans spend most of their day foraging for food. They have a broad diet and can eat over 200 different plant species. Orangutans have been observed using sticks to collect honey or insects from trees to eat.

Sumatran orangutans are listed as Critically Endangered by the IUCN. Since Sumatran orangutans are only found on one small island, they are particularly vulnerable to habitat loss and fragmentation. As human development continues to grow on Sumatra, the forests are cleared for lumber, monoculture palm oil plantations, paper concessions, and agricultural development. Orangutans are hunted for bush meat and infants are trapped and sold into the pet trade. Sumatran orangutans’ low reproduction rates make it difficult for the species to recover from population decline. 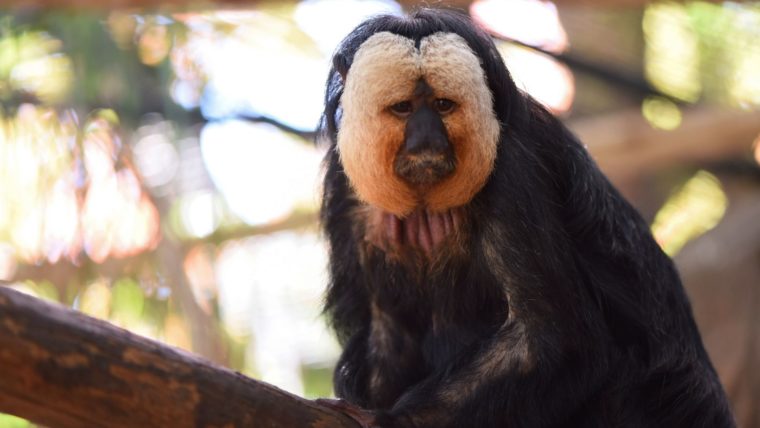 White-faced sakis are found in the rainforests throughout northeast South America. Sakis are adapted for both wet and dry conditions and are found across a wide altitude range. Known as “flying monkeys,” sakis can leap as far as 30 feet (9 meters) between branches. They eat seeds, fruit, insects, and small animals. White-faced sakis have very sturdy canine teeth that can easily crack open nuts and seeds.

The IUCN lists white-faced sakis as Least Concern. Their ability to adapt to a wide range of conditions makes them resilient to habitat disruption. Some threats that face this species are hunting and deforestation. 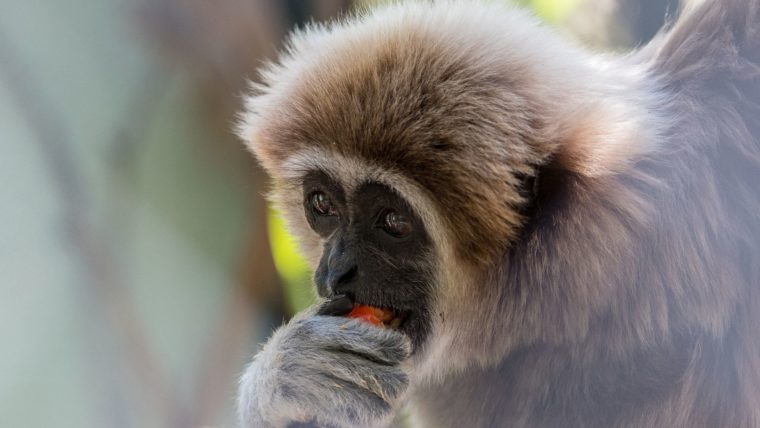 White-handed gibbons live in the forests of southeast Asia and Sumatra. They brachiate (swing arm over arm) through the trees to move horizontally and vertically. Their long arms allow them to quickly change direction mid-air or to catch themselves if they fall.

It’s hard to spend any time at the Sacramento Zoo and not hear the white-handed gibbons vocalizing. Gibbon family groups make loud vocalizations, called songs, throughout the day. In the morning, the dominant female will lead a coordinated duet called a ‘great call,’ which is a series of very loud notes that accelerate in tempo. Each gibbon’s great call is unique and marks their territory. This behavior is also a mechanism for social bonding.

White-handed gibbons are listed as Endangered by the IUCN. Since gibbons are strictly arboreal, deforestation and fragmentation due to logging has a drastic impact on wild gibbon populations. 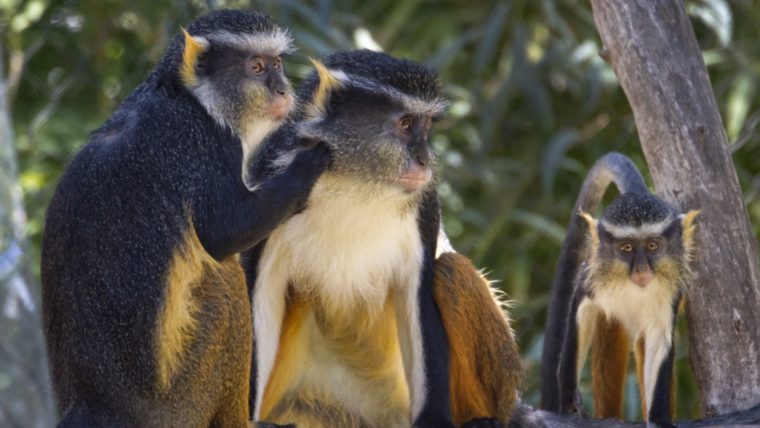 Wolf’s guenons are considered Near Threatened by the IUCN. The poor economic status of the local area contributes to Wolf’s guenon population decline. Logging of old growth rainforest destroys and fragments their habitat. Since there is little other meat or sustenance available locally, Wolf’s guenons are regularly hunted for bushmeat. 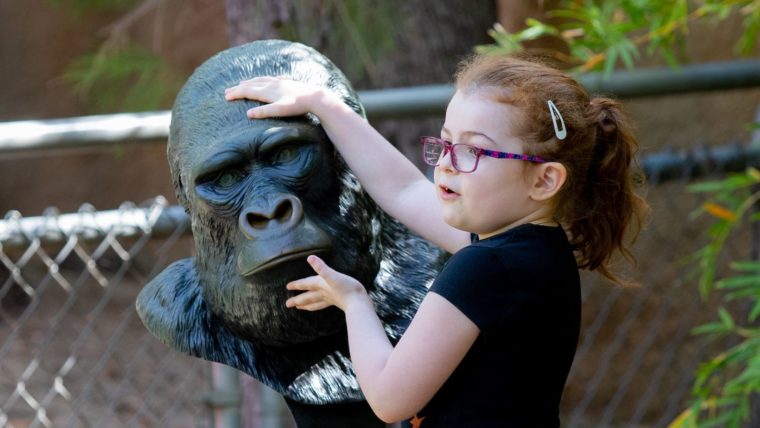 While humans don’t technically reside in the Sacramento Zoo, we certainly spend time here. Humans are considered the most prolific and widespread species of primate. Humans have developed complex social structures and cultures.

Human populations are the least threatened of all primate species. They also have the greatest impact on primate conservation. They can work together to protect species and their habitats, protecting biodiversity for years to come.