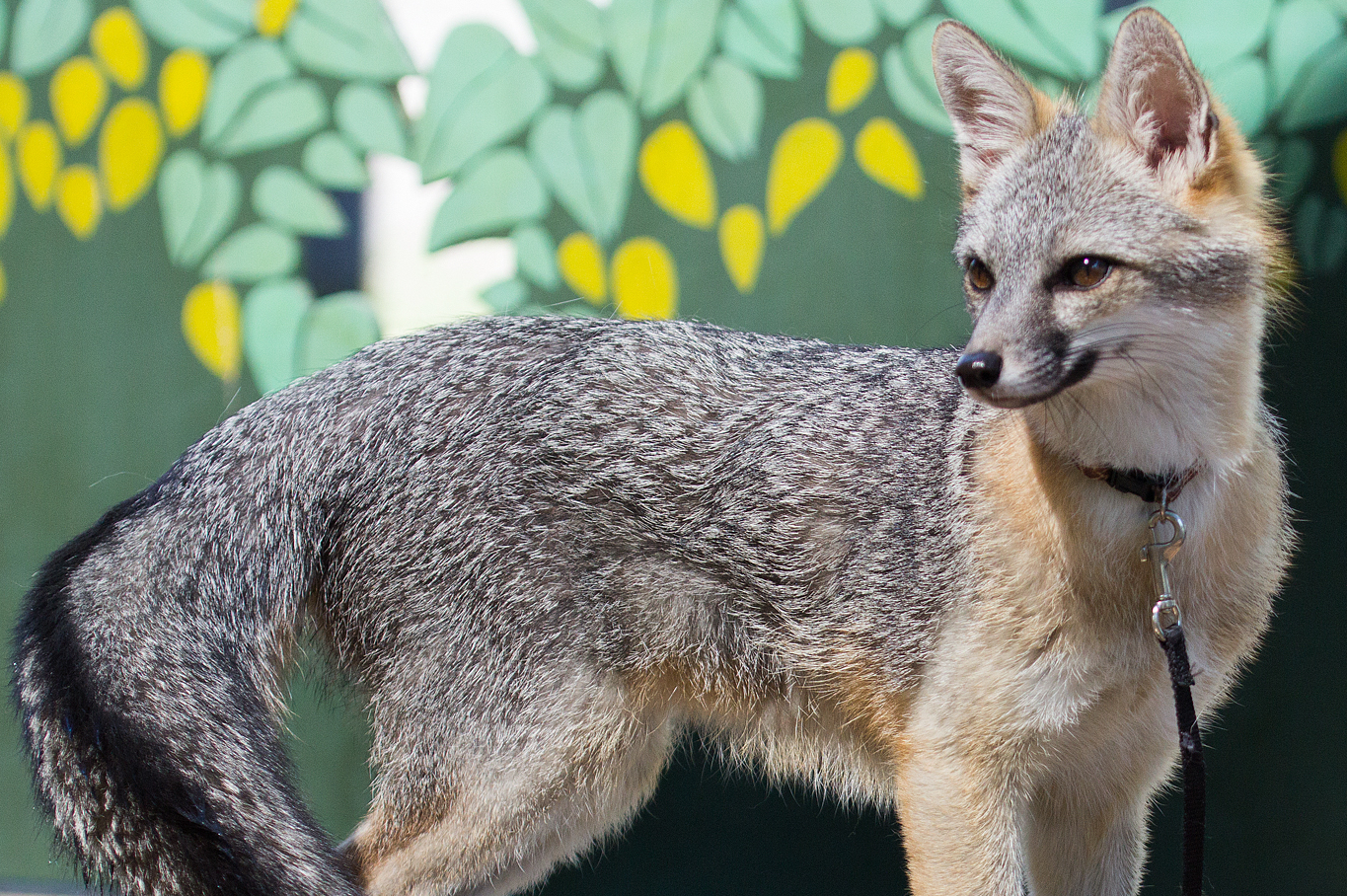 Lando the Grey Fox found his way to the Sacramento Zoo after he was turned over to a rescue facility by a family who had found him in the wild with no mother nearby. Due to the attachment Lando had gained to humans he was not able to be released back into the wild.

Lando is full of energy and loves to play with toys. He often plays chase with a favorite puppet as well as a stuffed animal that resembles a goat. He also loves rubbing on furniture that has been sprinkled in his favorite scent, rosemary and running through his IKEA tunnel. Lando’s favorite treats are honey, mealworms and meat. He also likes broccoli stalks but prefers to leave the broccoli florets untouched.

Lando is very smart and picks up on things quickly. Zookeepers are always on the hunt for new activities and puzzles for him. However, Lando can also be very stubborn and often chooses not to train, or “go to school” as his keepers call it.