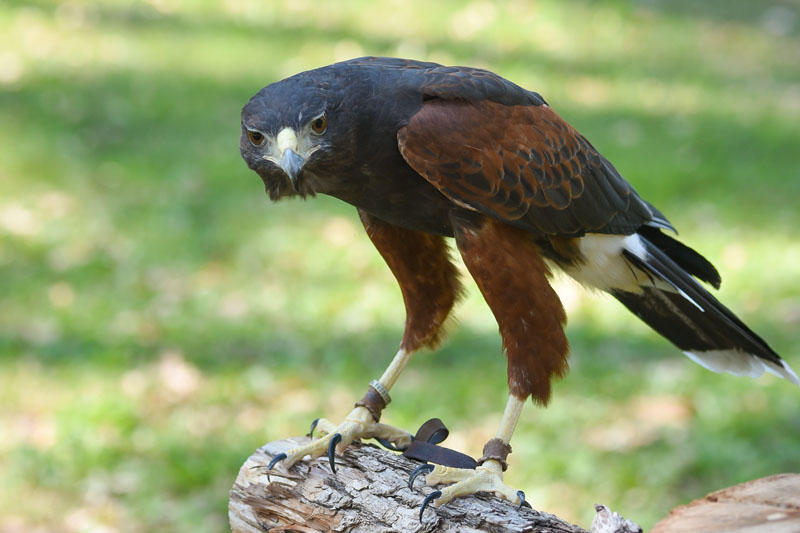 Saguaro hatched May 26, 2001. He is named after a cactus which Harris’ hawks are known to perch on in the wild, but the Interpretive Center staff just calls him Sig. Sig is very smart and therefore easy to train with behavior training. He recognizes his trainers and is friendly with them. The most common behavior they work on is flying; sometimes Sig free flies during the stage shows and is a crowd favorite.

Harris’ hawks eat a strictly meat diet and Sig’s favorite is worms. In the wild, these hawks will hunt in cooperative groups of two to six. Sig will carry his treats around with his feet while he flies around his den, sometimes it is a Kong or pinecone, but it is fun to see him with a small pine tree or flat of grass in his feet. Since Sig is native to the desert, he enjoys the warm sunshine and will bask on a perch outside during the spring and summer.