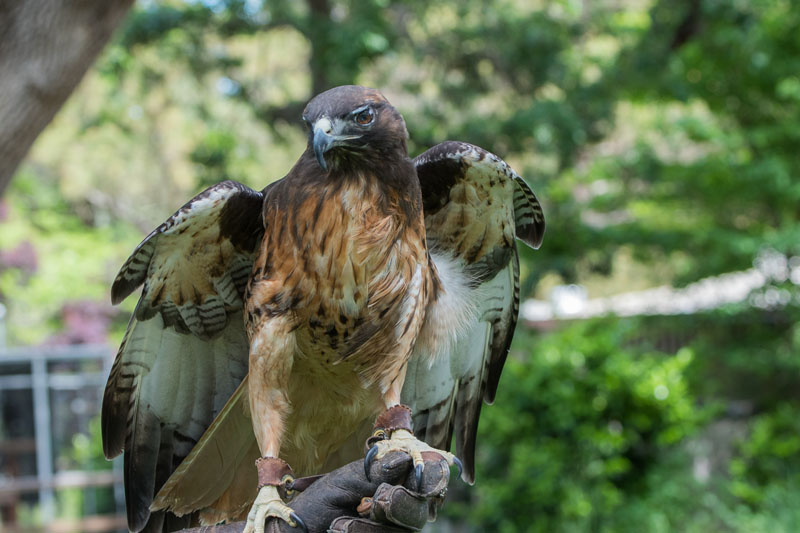 Steve, a rescue red-tailed hawk, came to the Sacramento Zoo in April 1993. A wildlife rehabilitation center found him as a fledgling in the base of a tree. Steve was diagnosed with permanent eye damage, blindness, and neurological issues with head tracking. Some animals, such as Steve, have injuries that are unrecoverable and the animal is not able to survive in the wild, which is why Steve could not be re-released and found his forever home at the Sacramento Zoo’s Interpretive Center.

Steve received great care at the Sacramento Zoo and shares a wonderful relationship with his caretakers. His mellow and patient personality makes him great with new staff, docents, and interns alike. He is wonderful for anyone who is willing to work with him and learn from him. He enjoys eating ground beef and loves spreading his wings when his keepers carefully sway him on their arms.

Due to his silver senior citizen, Steve has retired from travel encounters away from the zoo but is still involved in animal appearances, animal encounters, and stage shows here at the Sacramento Zoo.