Eleven Western pond turtles hatched at the Sacramento Zoo in 2016 as part of the Western Pond Turtle Conservation Project. Weighing only five to six grams at hatching, these tiny turtles have big shells to fill as they grow to their adult weight of between 6000 and 1200 grams (1.3 to 2.6 lbs.). All the Western pond turtles at the Sacramento Zoo play important roles as animal ambassadors at the zoo, aiding in our commitment to the species. 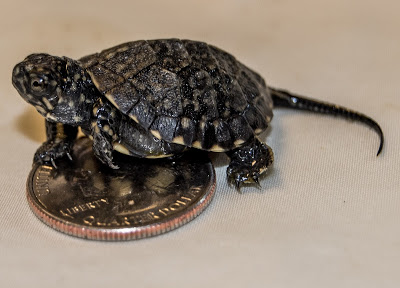 Western pond turtles are found in the most western of the United States. In Washington and Oregon it is designated as “Endangered”. In California (and Baja California) it is a “Species of Special Concern” and listed as “Threatened”. Their population is drastically declining primarily due to habitat loss from urbanization and conversion to agricultural needs. Another cause of decline is due to non-native turtles (such as the Asian red-eared sliders) being released into Western pond turtle habitats, thus out-competing them.

The Sacramento Zoo is home to one of the largest populations of Western pond turtles housed within an Association of Zoos and Aquariums (AZA) facility and the zoo is an active participant in the AZA Species Survival Plan® (SSP) for them. As the only aquatic turtle native to California, we feel strongly about our direct involvement in their future – in the zoo community and in the wild.

”
As the only aquatic turtle native to California, we feel strongly about our direct involvement in their future – in the zoo community and in the wild.

The Sacramento Zoo is helping this species in a number of ways. First, by educating the public as to their unique status in this very valley, their plight in the wild, and the adaptations that make them special. Secondly, by collecting data on their growth. Each turtle we handle is weighed and their shell is measured on a regular basis. For hatchlings this means we have growth data by known ages which is very important. We have well over two decades of data compiled on turtles we have housed here. This type of information adds to the body of data on this species and is used for comparisons with Western pond turtles in the wild.

Thirdly, the Sacramento Zoo is not only financially supporting field conservation projects, but participating in fieldwork as well. In 2016 zoo staff participated in a head start initiative created by Sonoma State University, the Oakland Zoo and the San Francisco Zoo. On three separate occasions, pairs of staff from the Sacramento Zoo joined with Professor Nick Geist and Emily Murakami from Sonoma State University to trek through the tall grass and rocky terrain, in search of pond turtles and their nests. The goals are to find pond turtles, observe their nesting behavior, cover successful nests to protect them from predation, and collect physical data from the females. Later the Western pond turtle eggs are collected and transported to Sonoma State University to hatch. The young turtles remain in human care at the Oakland or San Francisco Zoo for one to two years, where they flourish and grow. The turtles are released to their native habitat when they are at a size where they are better able to survive and compete for resources. And hopefully, down the road, they will reproduce and bolster the Western pond turtle population.

Lastly, the zoo is also a supporter and direct contributor to the Association of Zoos and Aquariums SAFE: Saving Animals From Extinction program for this species. SAFE is a way for the entire AZA community to partner together as a coalition to focus on specific conservation science, wildlife expertise and visitors – in saving the Western pond turtle, in the wild. 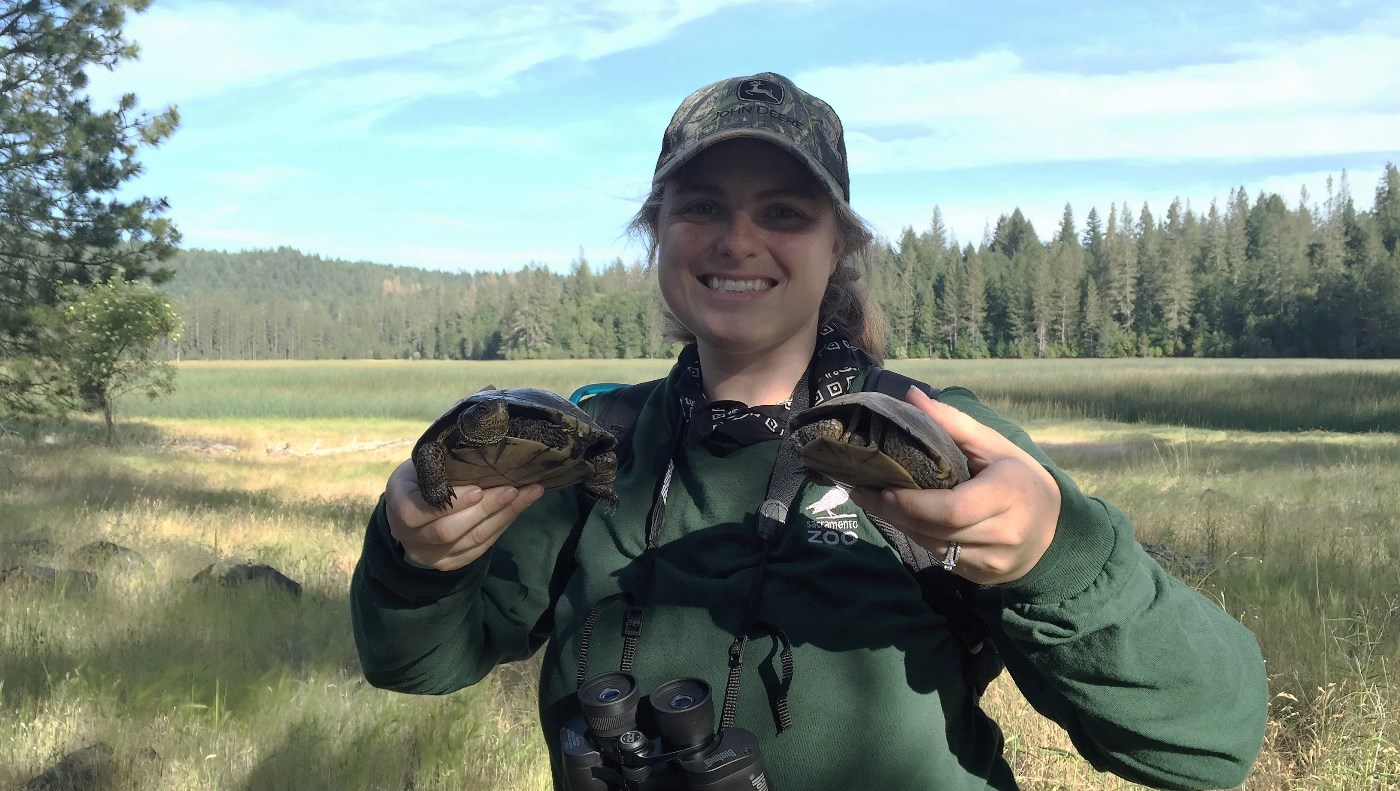