Dragon Discovery at the Sacramento Zoo

The mythical adventure of a lifetime

For thousands of years, dragons have captured the imagination of cultures around the world. From the fire-breathing dragons of Europe to the silent killers of Africa and the ocean’s serpent kings, dragons have converged on the Sacramento Zoo.

From October 28 through February 26, steel your courage and venture into a mystical world to discover the dragons. Experience fourteen towering dragons from all corners of the globe. Avoid the deadly gazes of the basilisk and the cockatrice. Become one of the few to lay eyes on the secretive Ice Dragon. Admire the plumed serpent form of Quetzalcóatl.

Your adventure is about to begin. 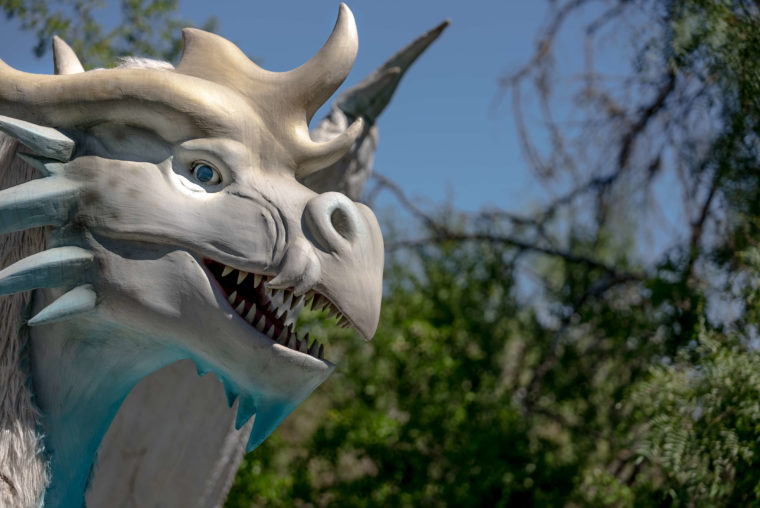 Dragon Discovery was created by Dino Don, Inc, a leading supplier of animatronic exhibits, including dragons and dinosaurs, to zoos and museums across the globe. Dino Don advised Steven Spielberg on the original Jurassic Park film and the Universal and Disney theme parks.

Free with admission or membership.

Become a member today to visit our dragons and their real-world inspirations over and over again.